GOP members of Congress criticize Trump's comments: 'We should never hesitate to call out hate' 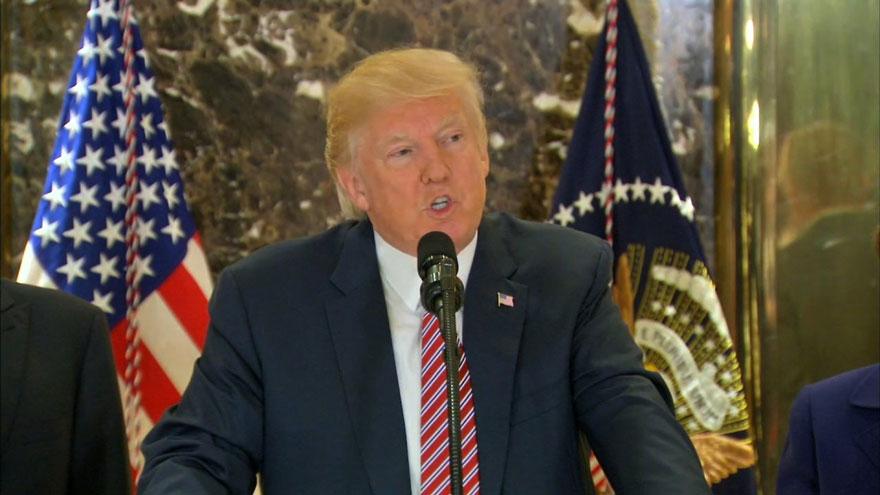 (CNN) -- Members of Congress in President Donald Trump's own party were among those lawmakers quick to criticize comments the President made in a news conference that laid blamed on both sides of protesters at a rally in Charlottesville, Virginia, that turned violent over the weekend.

Speaking to reporters at Trump Tower in New York City, Trump denounced the "alt-left" protesters who he said "came charging" at a group of white supremacist rally goers. The neo-Nazi group was initially in town to protest the removal of a statue of Robert E. Lee.

"We must be clear. White supremacy is repulsive. This bigotry is counter to all this country stands for. There can be no moral ambiguity," he tweeted.

Ryan was one of a number of Republican leaders who took to the social media platform Tuesday evening to disagree with Trump's argument that those who protested against the neo-Nazi rally-goers shared some of the responsibility for spreading violence.

Arizona Republican Sen. Jeff Flake released a statement Tuesday evening on the President's latest comments regarding the events in Charlottesville.

"We cannot accept excuses for white supremacy and acts of domestic terrorism. We must condemn them. Period," the statement reads.

Sen. Todd Young, an Indiana Republican, tweeted, "This is simple: we must condemn and marginalize white supremacist groups, not encourage and embolden them."

Sen. Orrin Hatch, the longest currently serving Republican senator, wrote, "We should never hesitate to call out hate. Whenever and wherever we see it," in a tweet signed with his initials.

Speaking to CNN's Wolf Blitzer on "The Situation Room" Tuesday, GOP Rep. from Texas Will Hurd said that Trump should "apologize."

"Racism, bigotry, anti-Semitism of any form is unacceptable and the leaders of the free world should be unambiguous about that," he said.

Rep. Ileana Ros-Lehtinen, a Florida Republican, said of the comments: "Just no."

"Blaming "both sides" for #Charlottesville?! No. Back to relativism when dealing with KKK, Nazi sympathizers, white supremacists? Just no," she tweeted.

Florida senator and former Republican presidential candidate Marco Rubio sent out a flurry of six back-to-back tweets that said, "The organizers of events which inspired & led to #charlottesvilleterroristattack are 100% to blame for a number of reasons."

Rubio went on to criticize Trump for assigning white supremacy groups only "50% of the blame."

"We can not allow this old evil to be resurrected," he wrote to end the Twitter thread.

"The President of the United States just defended neo-Nazis and blamed those who condemn their racism and hate. This is sick," she said.

Democratic Senator Brian Schatz tweeted, "As a Jew, as an American, as a human, words cannot express my disgust and disappointment. This is not my President."

"The President's press conference today made plain that the statement he gave on Saturday is what he really believes. The President's continued talk of blame 'on many sides' ignores the abhorrent evil of white supremacism, and continues a disturbing pattern of complacency around acts of hate from this President, his Administration and his campaign for the presidency," the statement read.

She continued, "There is only one side to be on when a white supremacist mob brutalizes and murders in America. The American people deserve a president who understands that."

Speaking to CNN's Jake Tapper on "The Lead" following the news conference, Democratic Sen. Mark Warner of Virginia said he had initially wanted to give Trump the "benefit of the doubt," but Trump proved "he couldn't let it go."

"This is not leadership. This is not what mayors, presidents, governors do in moments of crisis," Warner said. "I think the people in Charlottesville will be enormously disappointed, but not shocked."

Warner added that the disappointment stemmed from Trump's refusal to call the incident in Charlottesville, which left one woman dead, domestic terrorism.

"The hypocrisy. Trump, who constantly challenged President Obama for not saying the phrase 'Islamic terrorism,' is unwilling to use that same standard."