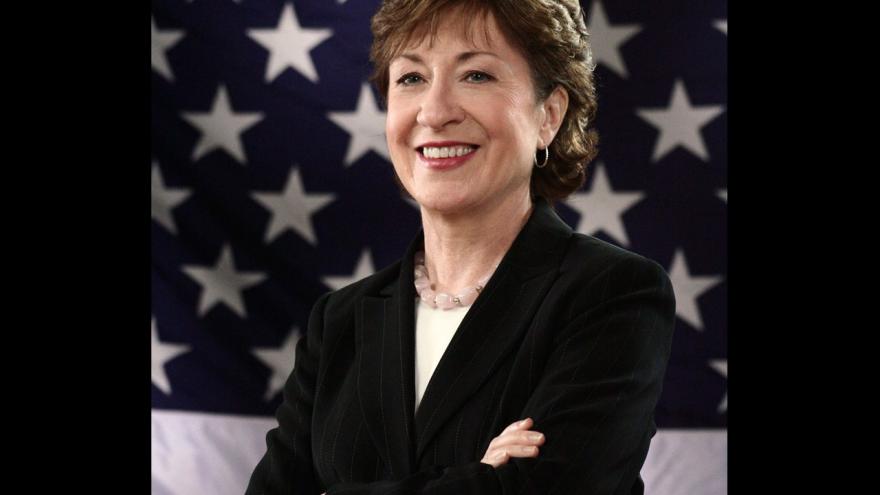 WASHINGTON (CNN) -- Two Republican critics of the Senate's health care bill expressed strong doubts Sunday that the legislation can make it through the chamber before the July 4 recess, as the GOP leadership wants.

"It's certainly going to be very difficult," Sen. Susan Collins of Maine said on ABC's "This Week" when asked whether the Senate Majority Leader Mitch McConnell and President Donald Trump could get her support by week's end. "For my part, I'm very concerned about the cost of insurance for older people with serious chronic illnesses and the impact of the Medicaid cuts on our state governments, the most vulnerable people in our society, and health care providers such as our rural hospitals and nursing homes, most of whom are very dependent on the Medicaid program."

Collins, a center-right Republican, allowed for the possibility that the Senate could work late during an open amendment process and said she would withhold a final decision on the bill until the Congressional Budget Office issues an assessment on its effects, which is expected in the coming days.

"It's hard for me to see the bill passing this week, but that's up to the majority leader," Collins said. "We could well be in all night a couple of nights."

Meanwhile, Sen. Ron Johnson, a conservative from Wisconsin, said on NBC's "Meet the Press" that he wanted to see further changes to the bill before he could commit to supporting it, adding the Senate should not "rush this process."

"I would like to delay the thing," Johnson said. "There's no way we should be voting on this next week. No way."

Two senators, who span much of the ideological range of the Republican conference in the Senate. Johnson has said the measure leaves too much of Obamacare in place and would not lower premiums to make health care less expensive. In addition to her concerns about Medicaid, Collins has critiqued the bill for blocking funding to Planned Parenthood.

McConnell unveiled the bill, which had been crafted behind closed doors, on Thursday and is aiming for a vote before the Senate recesses for the July 4 holiday break. Assuming no Democratic senator votes in favor of the bill, the Kentucky senator can afford to lose only two Republican senators and still pass the bill.

The CBO said it would issue an assessment of the bill early this week. The office's report on the House's health care bill, which is similar in many respects to the Senate measure, said if it became law, 51 million people would be uninsured by the year 2026 -- meaning 23 million fewer people would have insurance coverage than if Obamacare remains the law of the land.

Like the House legislation, the Senate bill would impose major changes to Medicaid and curtail its growth over time and also would repeal the individual mandate.

However, the Senate bill would maintain much of Obamacare's subsidy structure to help people pay for individual coverage, but make it less generous, particularly for older enrollees. And it would keep more of Obamacare's insurance regulations than the House legislation.