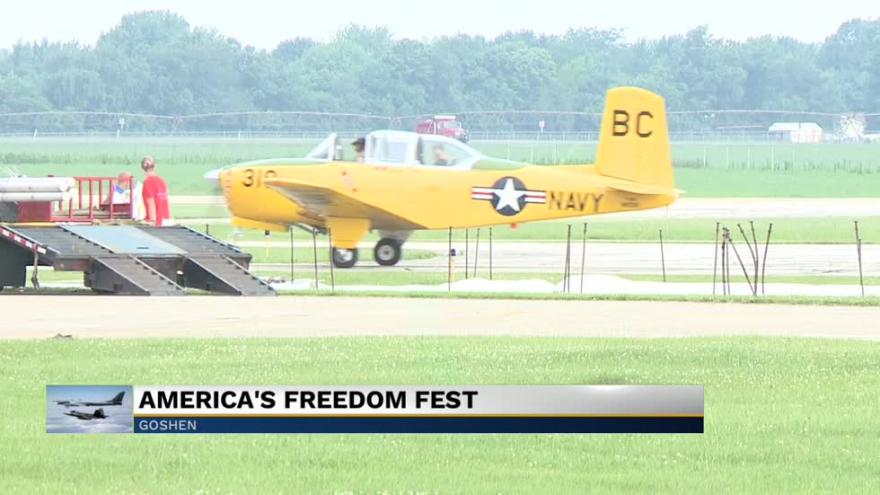 GOSHEN, Ind. -- The city of Goshen will host one of Michiana's biggest airshows and fireworks displays on Saturday.

The Freedom Fest will be held at the Goshen Municipal Airport located at 17229 C.R. 42 beginning at 8 a.m.

The Freedom Fest 5000 5K run/walk will take place on the airport terminal for a $25 registration fee. Those participating have a chance to win prizes as well as a ticket to the airshow.

Gates for the airshow open at 1 p.m. and the airshow is scheduled to begin around 5:45 p.m.

The event's biggest attraction is the F-22 Raptor, a fifth generation fighter jet. This is the first time the jet has made an appearance in the city since the demo team formed in 2008.

“It’s one of the newest, most premier aircraft that we have. It was the very first one to incorporate all this stealth technology and super cruise capabilities, which means flying at twice the speed of sound, that type of thing,” 2nd Lt.Samuel Eckholm said.

The goal of the festival is to help veterans in need.

Following the demonstrations, the Mad Bomber Fireworks begin around 10 p.m.

For a full schedule visit the event's webpage.