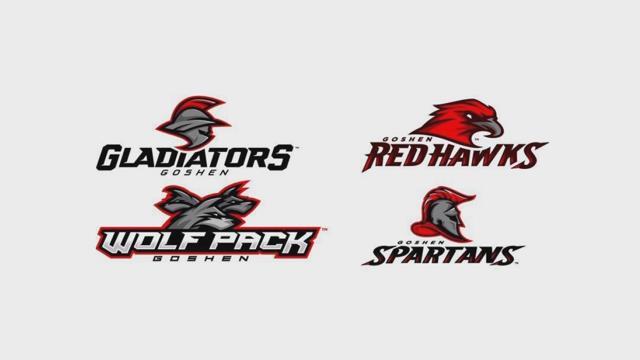 A new mascot for Goshen High School is set to be announced next week.

Four finalists have been chosen and voting will begin on Tuesday.

In July the Goshen School Board made a 5-2 decision to retire Goshen’s Redskin mascot on the first day of 2016.

Several months later, with the help of a steering committee made up of students and administrators, finalists for a new mascot were chosen.

Tuesday and Wednesday, Goshen students, staff, and alumni will vote for a new mascot from a list of four potential candidates that are: Gladiators, Red Hawks, Spartans, and Wolfpack.

On November 16th the Goshen School Board will hold a special meeting with the only agenda item being the approval of a new Goshen High School mascot.

Several individuals and local companies submitted professionally developed design -but all four design finalists were created by a Goshen alumnus, a member of the Goshen High School class of 2005.