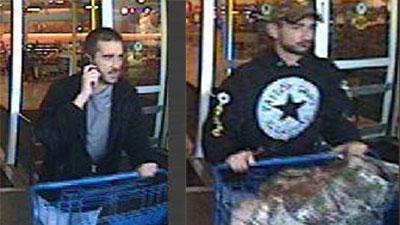 Two of the photos are of the same man, the other photo is of a suspect in a separate incident.

If you have any information on the identity of the suspects, contact the Goshen Police Department at 574-533-8661 or send them an email at [email protected].