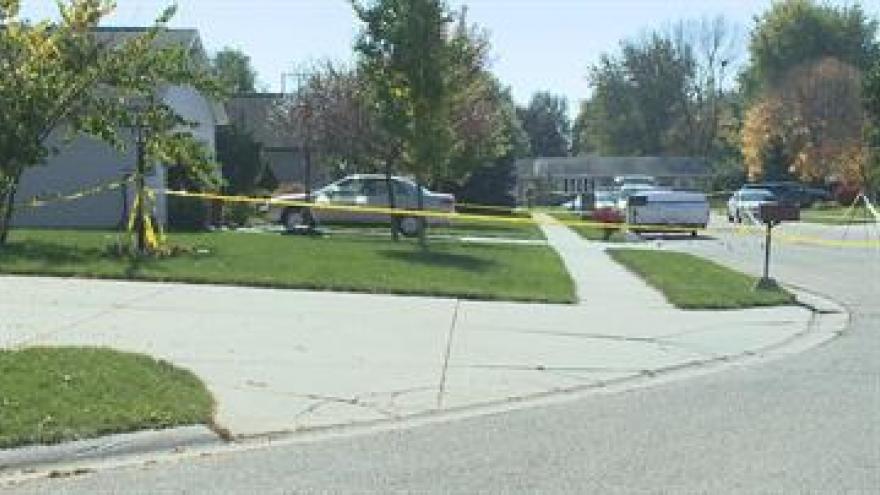 Yellow police tape blocked off the entire cul-de-sac while investigators took photos and collected evidence from the crime scene. Police spent most of the afternoon inside the garage and home, but the crime scene stretched all the way out into the street in front of the house.

One officer told ABC-57 News, “There is just a lot to sort through.” According to the Goshen Police Department, at 1:06 a.m. a call came in from Linda and Jim Miller’s home at 1736 Wildwood Court to report a robbery in progress.

Sandford Lehman said at 1 a.m. he heard the Miller’s dog barking, and when he went closer to his bedroom window he could hear a voice, “I heard these cries for help.” Lehman lives across the street from the Jim and Linda Miller, when he looked through the blinds he said he didn’t see any movement but the calls for help continued.

“They were really not screams shouted; it was just a plea for help,” Lehman said he heard it numerous times, “Help me, help me, help me."

It all happened in just a matter of minutes, Lehman said by the time he and his wife got outside police were already in front of the Miller’s house.

Officers told him to stay back, but he could see the Miller’s dog wandering the neighborhood, still barking.

Then his attention turned the officers standing around a body which was quickly covered with a white sheet.

58-year-old Jim Miller, a professor a Goshen College was pronounced dead at the scene. Officers found him in the street, just off the driveway next to the family’s camper.

Linda Miller was taken to Elkhart General and was later transported to Memorial Hospital with serious injuries.

Neighbors said Linda was able to barricade herself in the bathroom and that’s when she dialed 9-1-1.

According to police a white male entered the home and attacked the couple with an unknown object.

Lehman said Linda was painting inside the home on Saturday and had left the garage door open to air out the house, but police would not confirm if that is how the man entered the home or not.

Neighbors said officers knocked on doors to ask if anyone saw a young, white male in the area before or after the attack.

People who live in the area were told Linda Miller saw the intruder, but did not recognize him.

By the time police arrived at the scene, the suspect was gone. At the time of the attack the couple’s two children, a boy and a girl, both students at Goshen High School were not in the home, but were just a couple of hours away.

“Their children were both in marching band contest in Indy and on their way home at the time,” Lehman said the kids got back into town around 3 a.m.

Officers met the children at the school and took them to the Chapel at Elkhart General Hospital, before Linda was transferred. One neighbor told ABC 57 News Linda needed to have surgery, but is expected to survive.

Police would not comment on the cause of death, but neighbors said they heard Jim Miller was stabbed.

The Elkhart County Coroner told ABC 57 Miller’s autopsy is scheduled for tomorrow, but confirmed his death was a homicide. The Goshen Police Department left the crime scene around 7 p.m. Sunday, but the yellow tape was left around the house.

Officers said they would return early Monday morning to continue the investigation, but until then the department had no new information to share.