Got cash; state waiting for people to claim more than $1 million 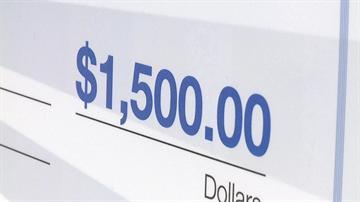 SOUTH BEND, Ind. – Money can be tight around the holidays, so there is no better time to check the Indiana’s unclaimed property website. It could net you or your loved ones a few extra bucks just in time for Christmas.

According to the Indiana Attorney General Greg Zoeller, the state is holding onto more than $1.1 million in unclaimed, forgotten, or lost assets.

These can be paychecks that didn’t make it to you in the mail; a return on stock dividends; or even a refund from a company like AT&T.

Most of the time people’s missing money ends up in state hands because of a mail problem. Often it is tied to a move.

About seven-and-a-half years ago, Christina Radican moved from South Bend to Orlando, Florida.

It was an opportunity to experience a different part of the country while moving up in the company she worked for.

But when she left, some of her mail never made it to Florida. Today, she has nearly $950 waiting to be claimed in Indiana.

She was ecstatic when she found out the good news, just days before Christmas. “That’s a huge amount of money and; frankly, I’m really surprised that somehow I managed to let that skate by me. I had no idea,” said Radican.

I tried to track down another man, Marvin Smalls, who had money waiting for him. He didn’t live at the address the website had him listed at, but his former landlord was able to track him down for us.

Smalls was hauling a load to Kentucky, Thursday night. He also had no idea there was an unclaimed paycheck for more than $475 waiting for him to claim.

But not everyone on the list is going to be walking away with a fistful of dollars.

Doris Mabry is listed as having more than $3,650 owed to her. However, she died a few years ago. It is unclear how her two surviving sons will be able to claim her lost money.

We tried reaching out to one of them, Tom Mabry, Thursday night. According to Doris’ former neighbors, he teaches at the Air Force Academy in Colorado Springs.

The amount of cash waiting for people, businesses and charitable organizations varies from a few cents up to over a $100,000. The state holds the money for up to 25 years.

So this Christmas be sure to check the Indiana’s unclaimed property list (twice), and give the gift of money to an unsuspecting friend or family member.