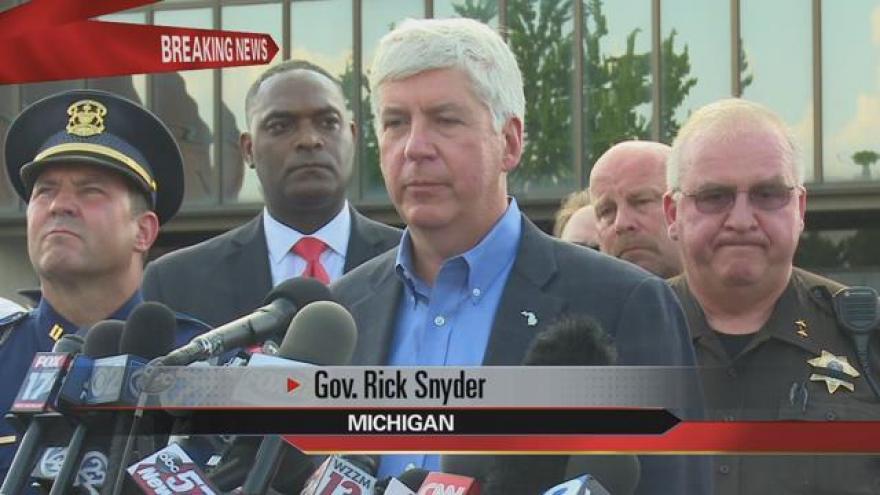 “I just wanted to be here to support a terrible day in a wonderful community,” Snyder said in a press conference Monday evening.

The governor arrived at the crime scene a few hours after the shooting, traveling from the middle of the state to join local leaders.

His feelings were echoed by Benton Harbor Mayor Marcus Muhammad, whose city is right down the road from the courthouse.

“We’re twin cities,” Muhammad said. “So we are joined together almost like Siamese twins, where we’re just connected, and what effects them affects us.”

Michiana is mourning the loss of two Berrien County Courthouse officers and praying for a sheriff’s deputy and a civilian wounded in Monday’s shooting.

“We often times, after situations like this, don’t seek help for trauma,” the president of the Benton Harbor chapter of the NAACP said. “There’s nothing wrong with seeking help for situations of trauma such as this; this is a traumatizing situation.”

Monday was a dark day in what is usually a bright city, but local leaders said this tragedy will not keep the community down.

“Together we can pull through it and hopefully come out stronger,” Muhammad said.