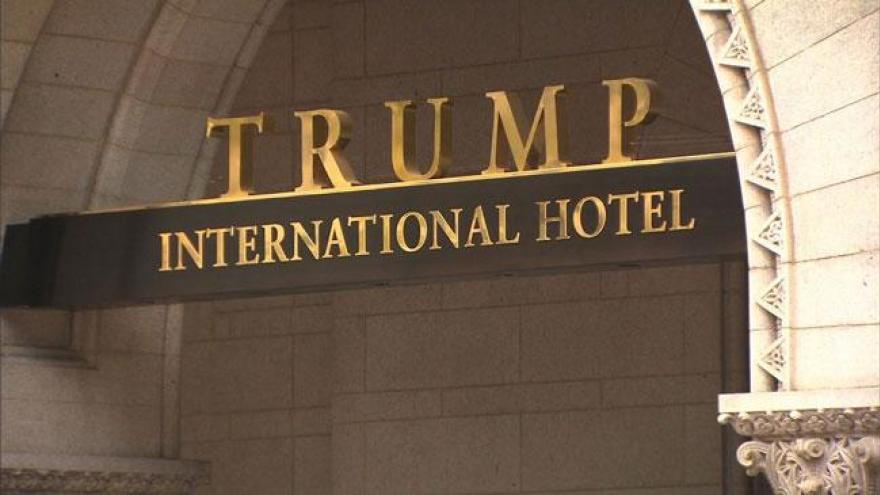 NEW YORK (CNNMoney) -- The federal government has ruled that President Trump's luxury Washington hotel is not violating its lease, despite a clause that says no government official can be a party to it.

The Trump Organization rents the space for the Trump International Hotel from the General Services Administration. Because the president oversees the GSA, Trump effectively became both landlord and tenant when he was sworn in.

In a letter to the Trump Organization on Thursday, the GSA said that the financial trusts and legal arrangements that Trump set up to manage his businesses have ensured that he will not get any money from the hotel while he is in office.

"In simple terms, what this accomplishes is that the funds generated by the hotel will not flow to the president," Kevin Terry, the GSA's contracting officer, wrote in the letter. Instead, the letter says, the money will be put back into the hotel.

The letter was sent to the attention of Donald Trump Jr.

Before he became president, Trump transferred control of his vast business holdings to Donald Jr., Eric Trump and a Trump Organization executive. They are the trustees, but the trust is explicitly set up for President Trump's benefit.

The hotel, which opened in September, is a renovated historic post office three blocks from the White House. Trump signed a 60-year lease on the property in 2013. A clause in the agreement says that no elected official "shall be admitted to any share or part of this lease, or to any benefit that may arise therefrom."

Experts in government ethics have cited the Washington hotel as one of their most pressing concerns because guests, including foreign government officials, can try to ingratiate themselves with Trump and the U.S. government by spending their money there.

And they have pointed out that Trump is still the ultimate beneficiary of the company's success, including the hotel.

Richard Painter, the chief ethics lawyer for President George W. Bush, told CNNMoney that he called the GSA after its ruling was made public Thursday.

In an interview, Painter said the structure of Trump's financial holdings is beside the point. It's still a problem that a federal employee has an interest in a government contract, he said.

"Forget about all these corporate entities and trustees and the games they want to play," Painter said. "Follow the money. The money is going to him."

Robert Weissman, president of the progressive advocacy group Public Citizen, said the GSA's analysis "would get a first-year law student kicked out of law school."

"It provides a tortured and wholly uncompelling analysis to avoid the central facts of the case: The GSA contract says that government officials cannot own or benefit from a lease, and President Trump both owns and benefits from the lease," he said.

Citizens for Responsibility and Ethics in Washington, a legal watchdog group, sued Trump moments after he was sworn in, claiming that he is in violation of the Emoluments Clause of the Constitution by accepting payments from foreign governments without the permission of Congress.

"This ruling is a disappointment. Donald Trump still owns the hotel, still will benefit from payments and still has a vested interest in its success," CREW executive director Noah Bookbinder said. "The problems remain, as they were on inauguration day, unaddressed."

The Trump hotel said in a statement that it was pleased.

"We would like to thank the GSA for their diligent review of this matter," the statement said. "We are immensely proud of this property and look forward to providing our guests with an unrivaled luxury experience for years to come."

--CNNMoney's Cristina Alesci and Laura Jarrett contributed to this report.