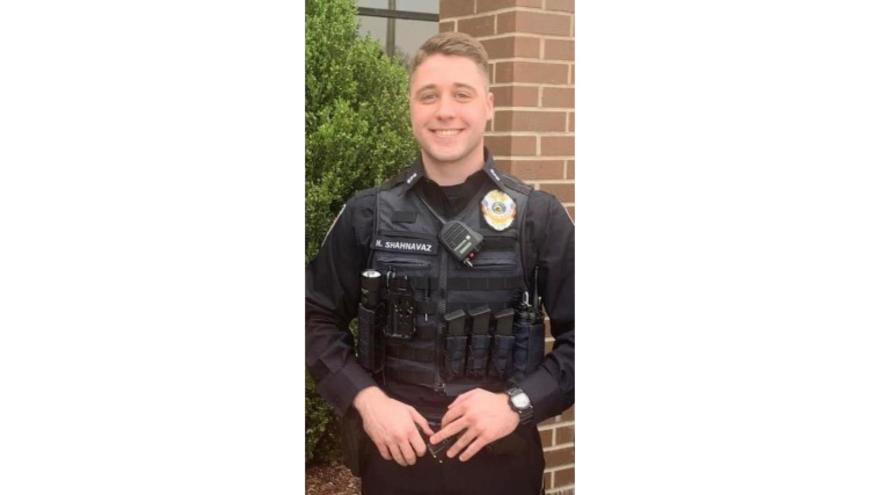 Indiana Governor Eric Holcomb is ordering flags to be flown at half-staff across the state on Saturday in honor and remembrance of Elwood Police officer Noah Shahnavaz, who was shot and killed during a traffic stop on July 31 in Madison County.

Flags should be flown at half-staff from sunrise to sunset on Saturday.

A funeral will be held for Shahnavaz in Fishers on Saturday.

Just after 2 a.m. on Sunday, Officer Shahnavaz was conducting a traffic stop on a 2012 Buick LaCrosse near the intersection of S.R. 37 and C.R. 1100N.

For an unknown reason, the driver of the vehicle, later identified as 42-year-old Carl Roy Webb Boards II, got out of the LaCrosse and fired several rounds, reports said.

Officer Shahnavaz was struck at least once.

Boards then drove away from the scene, police said.

Officer Shahnavaz was flown to a hospital in Indianapolis where he later died from his injuries.

Deputies with the Hamilton County Sheriff's Department located the LaCrosse just after 2:30 a.m. and tried to stop it but Boards allegedly led police on a chase along S.R. 37.

Boards was taken into custody without further incident.

He is being held on no bond at the Hamilton County Jail for the following charges: