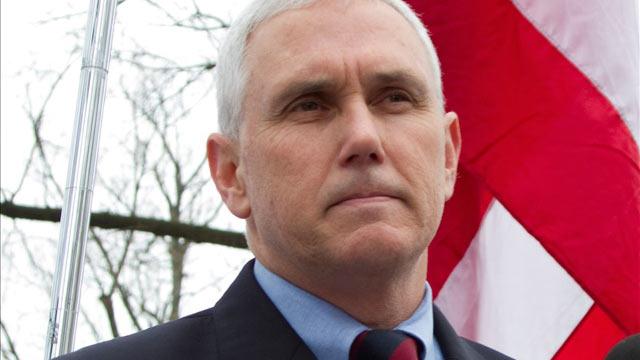 WASHINGTON (CNN) -- Indiana Gov. Mike Pence is launching his own state government-run "news" outlet -- and plans to use it at times to break news ahead of the independent press.

The Indianapolis Star reported on Monday that the potential 2016 Republican presidential candidate is launching a site called "Just IN" to provide pre-written stories that the state's media outlets can re-publish. It'll be led by Bill McCleery, a former reporter for the newspaper.

"At times, Just IN will break news -- publishing information ahead of any other news outlet. Strategies for determining how and when to give priority to such 'exclusive' coverage remain under discussion," Pence's administration said in a question-and-answer sheet sent to state agencies' communications directors, the Star reported.

It's Pence's biggest move yet to increase controls on what tidbits of information the state's independent reporters obtain and when.

Indiana's previous governor, Mitch Daniels -- who, like Pence, was often touted as a potential presidential candidate -- took a looser approach to media. He showed up alone, rather than with an entourage of staffers, at meetings with newspaper editorial boards. And those who worked in both administrations say that under Daniels, state agencies' media relations staffs were more autonomous.

Pence, though, has developed a more cautious style -- at times avoiding the local press and handing exclusive details of his legislative agenda and more first to conservative editorial writers.

Pence's "Just IN" site would publish stories and releases written by agencies' communications directors, as well as personality profiles.

The move was met with confusion by longtime Indiana Statehouse reporters for independent outlets. The Fort Wayne Journal Gazette's Niki Kelly tweeted: "So what happens if I ask a state agency for specific information? Do they write my story before I do?"

Pence hosted a radio show in Indiana before starting a 12-year career in Congress in 2000. He also sponsored legislation in the House to shield reporters from having to reveal confidential sources.

He'd said in 2005 that "as a conservative who believes in limited government, I believe the only check on government power in real time is a free and independent press."

Pence's media outlet didn't appear to have a precedent, but White House reporters have long complained about increasingly restricted access to presidents. In recent years one key battle has been over President Barack Obama's administration's decision to release the White House photographer's shots of major moments, rather than allowing independent photographers to document them.