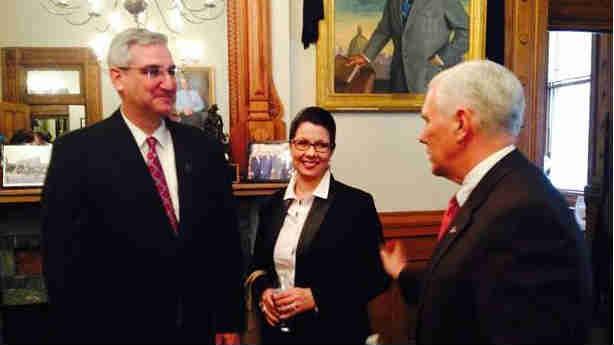 Governor Mike Pence announced Friday his intention to nominate Eric Holcomb as the next lieutenant governor of Indiana.

This announcement came following current Lieutenant Governor Sue Ellspermann's announcement that she will resign to pursue the position of president at Ivy Tech Community College.

In a news release, Governor Pence thanked Lt. Governor Ellspermann and spoke very highly of Eric Holcomb, calling him a "man of character and distinction".

The Governor's nomination must be approved by majority votes in the House and Senate.

Some of the duties of the lieutenant governor include:

Eric Holcomb formerly served as chairman of the Indiana State Republican Party and worked as former Governor Mitch Daniels as his deputy chief of staff and his campaign manager for his 2008 reelection campaign.