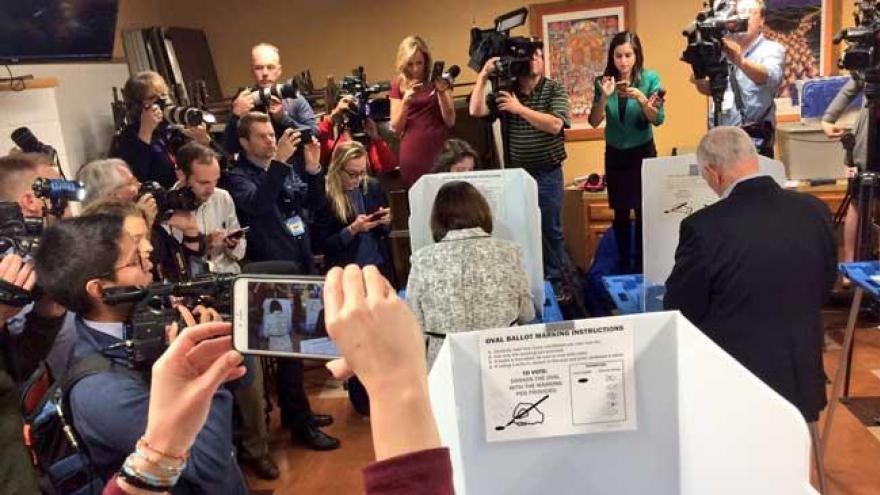 Governor Mike Pence and his wife Karen traveled back to Indianapolis to vote Tuesday morning. They voted just hours after spending a final day of campaigning across the country.

We asked Governor Pence his thoughts on the race for governor.

“On the home front, it gives me such confidence, it gives me such confidence to know, that my Lieutenant Governor Eric Holcomb is standing to continue the great work here in the state of Indiana. And I encourage Hoosiers to support his candidacy as governor today with their vote; and grateful to have someone like Todd Young willing to step forward and serve in what we hope will be a renewed Republican majority in the United States Senate," Pence said.

The Pences voted at St. Thomas Aquinas Church with a crowd of fellow voters, Secret Service and the media.

We asked how it felt to be able to vote for himself.

After voting, they headed to New York to watch the results come in alongside his running mate, Donald Trump.