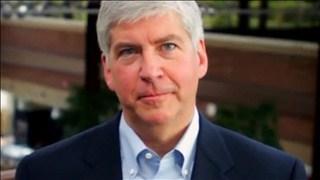 Michigan Governor Rick Snyder is trying to move forward with a plan after his big road fix proposal was overwhelmingly shot down by voters.

According to some state leaders, the proposal failed because it required a tax increase.

In an interview with WOOD-TV in Grand Rapids, Snyder says he does not think the failure will bar any future legislation that requires a tax increase, just that voters did not like the idea.

For Governor Snyder, it is back to square one.

“This is about getting a better answer for Michiganders. I was hired to do a job by the citizens of Michigan and I want to give them good service,” says Governor Snyder.

One fellow Michigan Republican Senator says Snyder does have a plan in the works that would fund state road repair with money from an old state fund.
Share this article: