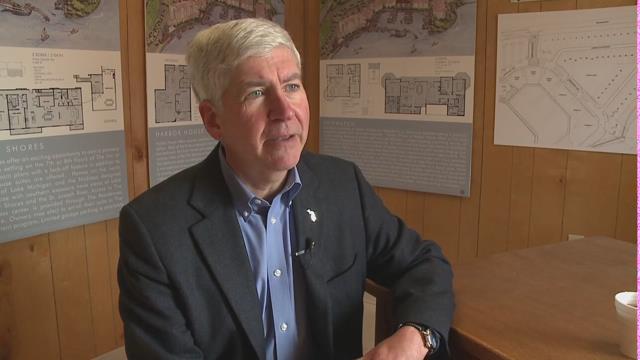 Michigan lawmakers are trying to figure out how to get roads fixed after proposition one failed to pass.

The governor, who pushed the failed proposal, is speaking out and shooting down plan B.

ABC 57 told you Wednesday about a plan from some GOP lawmakers to use state economic development money to fix crumbling roads.

Snyder stressed cohesion in his address Thursday at the Mackinac Policy Conference in Detroit.

He says roads are a short term problem. It's an issue he would like to see lawmakers work together with him on, not against.

House speaker Kevin Cotter and his roads committee are pushing two bills that would take money from the Michigan Economic Development Corporation, the group responsible for the "Pure Michigan" campaign.

Snyder says he thinks that move could prove costly and actually set the state back.

"Every time something like that happens we lose jobs investment in the state of Michigan," said Snyder. "It sends a message that we aren't being consistent."

Snyder says he hopes to work with legislators to get a fix.