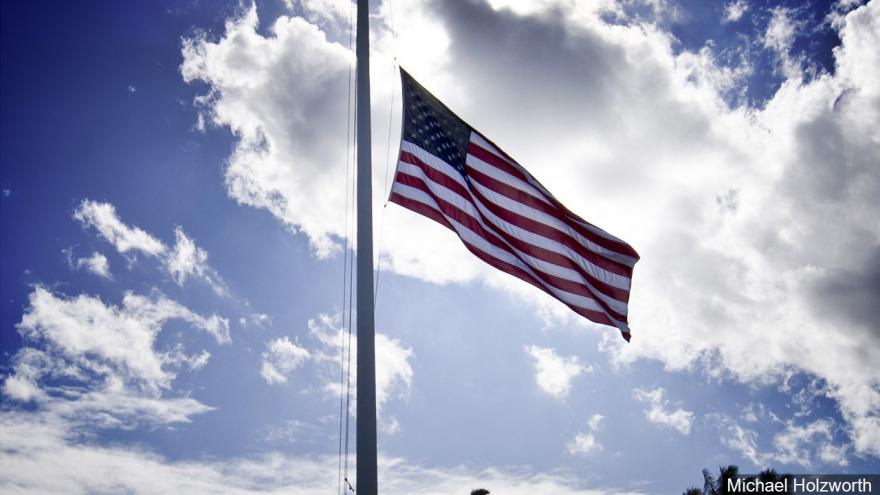 Governor Gretchen Whitmer orders U.S. and Michigan flags to be flown at half-staff throughout Monday to honor the life and service of Corporal Dale W. Wright.

“I am grateful that his remains have finally returned home to Michigan. My thoughts are with his family, friends, and all those who were fortunate enough to know him,” Whitmer said.

Wright and Army Sgt. Jesse “Johnnie” D. Hill were reported missing after their unit was attacked near the Chosin River in North Korea on Dec. 2, 1950. After the attack, Wright’s remains could not be recovered, but after nearly 70 years, his remains were found and identified.

Cpl. Wright will be buried in Holly, Mich.

Michigan residents, businesses, schools, local governments are encouraged to display the flag at half staff to recognize Cpl. Wright’s duty, service and honor.

Flags can be returned to full-staff on Tuesday.