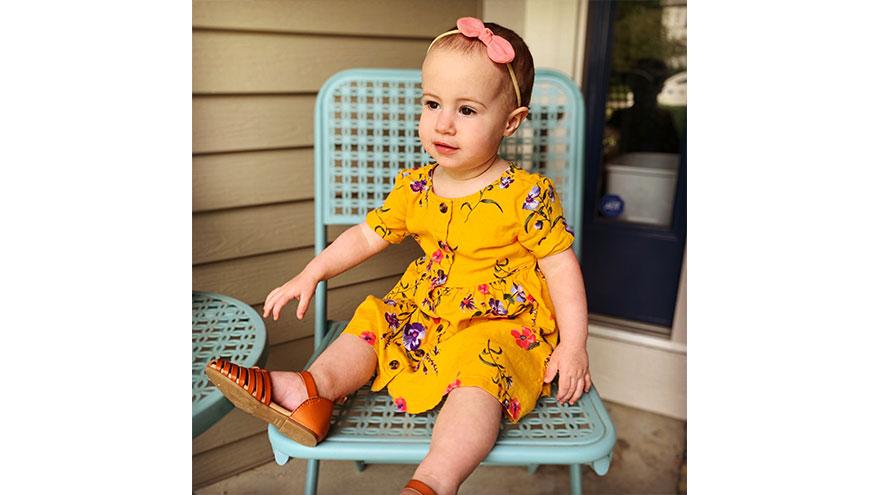 SAN JUAN, Puerto Rico (AP) — Justice officials in Puerto Rico say a grandfather who pleaded guilty to negligent homicide in the fall of his young granddaughter from an 11th-story window of a cruise ship docked in Puerto Rico has been sentenced to three years’ probation.

Salvatore “Sam” Anello, of Valparaiso, Indiana, was aboard the Royal Caribbean cruise ship with family in July 2019 when the death occurred.

He has said he did not know the window in the children’s play area was open and that he lifted 18-month-old Chloe Wiegand up to it so she could knock on the glass.

A judge issued the sentence on Monday.

After this sentencing, I feel a mixture of anger and relief. Relief that I will serve no jail time and that I did not have to admit any facts. Relief for my family so that we can close this chapter and move on together.

I feel angry at Royal Caribbean because it is clear that these windows never should have been allowed to have been opened in the first place. You can’t go into a single hotel or building anywhere in the United States where windows this high up would be allowed to be opened more than a few inches. Yet on this cruise ship, Royal Caribbean allowed this window to be opened by anyone, at any time, right next to a kid’s water park.

I always thought this was a wall of glass. There was no indication to me that some of the glass panels in this wall of glass could even open. That is why Royal Caribbean deserves the blame here.

I decided not to contest these charges, even though I know I committed no crime, because I would not have to admit any facts or suffer any significant penalty. It was a choice of focusing our resources and deciding the best path to tell Chloe’s story and devote our family’s energy was in the civil case, where we can make a real difference for the safety of the youngest cruise passengers by working to force Royal Caribbean to follow the rules and laws that require windows like this to open no more than a few inches. If these rules were followed when we were on that ship, Chloe would still be alive today.

I miss you so much Chloe.

We are pleased that the criminal proceedings have finished and resulted in no jail time and no admission of facts for Chloe’s grandfather. The likely answer as to why criminal charges were filed in the first place became clear when the Captain of the Freedom of the Seas was recently deposed in the pending civil case against Royal Caribbean. Just after the incident, the Ship’s Captain wrote to the U.S. Coast Guard that Chloe’s grandfather, Mr. Anello, had to know the window was open because Mr. Anello’s “upper body was outside the window frame itself” before Chloe fell. This statement was shown to be a lie because the Captain admitted, under oath that despite his previous statement to the U.S. Coast Guard, Mr. Anello’s upper body was never outside of the window frame at any point while Mr. Anello was in the area. As such, it is quickly seen that this lie from the Ship’s Captain was the genesis of the Puerto Rican authorities ultimately pressing criminal charges against Mr. Anello. The discovery phase in the family’s civil case against Royal Caribbean has just completed and it bears noting that there is not a single piece of evidence to support the argument that Salvatore Anello was aware the window was open. Instead, the evidence is clear that Mr. Anello made an honest mistake, but because of Royal Caribbean’s failure to take any steps to protect its youngest passengers, it turned into a fatal tragedy.

Next, the Wiegand family also filed a Motion for summary judgment and asks the Court to find that Royal Caribbean is liable for this tragedy. As argued in said motion, the evidence is undisputed that Royal Caribbean was entirely aware of the precise risk that led to Chloe’s preventable death and yet took no reasonable steps to prevent it. As to notice, a former Royal Caribbean Chief Security Officer testified that this railing and these windows were a well-known hazard for years. And a former passenger testified about a near fall incident that almost took the life of a small child just two years prior to Chloe’s death. As to liability, the record evidence is similarly undisputed that Royal Caribbean failed to follow the universally followed industry-standard of abiding by window fall prevention codes. Literally, thousands of children under 5 years old are injured or killed each year from accidental window falls. Responsible corporations follow simple steps that save children’s lives, such as limiting a window opening to no more than 4 inches. Herein, Royal Caribbean did nothing to protect Chloe from this known danger. Accordingly, the family has asked the Court to enter Summary Judgment as to liability and the matter should proceed to trial by jury as to damages only.