Grandson of Rep. Danny Davis shot to death in Chicago 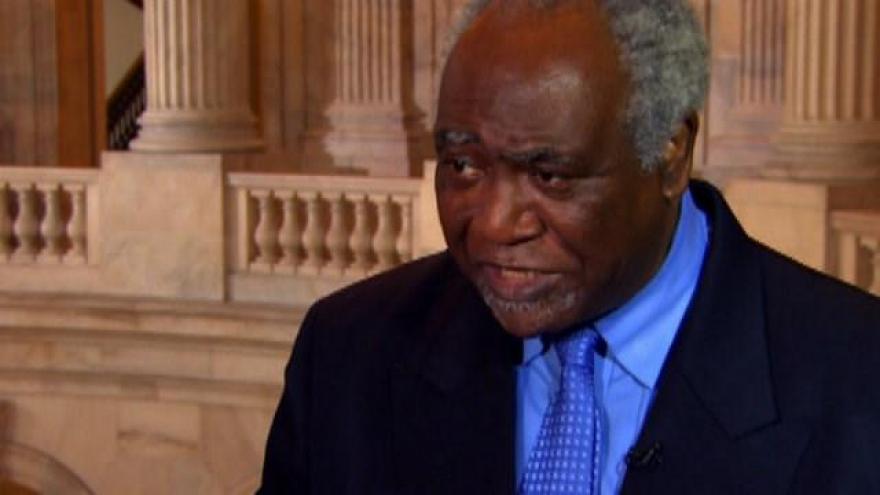 WASHINGTON (CNN) -- The grandson of a sitting congressman was shot to death in Chicago Friday evening.

Jovan Wilson, 15, was shot in the head over a dispute about gym shoes in the boy's Englewood home, police said. Rep. Danny Davis, a Democrat who has represented Chicago in Congress for two decades, confirmed his grandson's death Saturday.

"His father had just told me about how proud of him," Davis said at a news conference, "that he was because he was catching on and realizing that all of his life was in front of him."

No suspects were immediately in custody Saturday morning, but Anthony Guglielmi, a Chicago police spokesman, said a person of interest has been identified.

Chicago Police spokesman Officer Jose Estrada, who earlier characterized the incident as a home invasion, said police believe it was "not a random act" and that "somebody in the residence did know the offenders."

Estrada could not confirm whether Wilson knew the suspect.

A source with knowledge of the investigation said the incident began as an argument over a personal matter related to clothing and eventually led to the victim being shot. The offenders then fled the scene.

Police know who the suspects are, the source said, and they are currently being pursued. The suspects include one 17-year-old girl and one 16-year-old boy, who was the shooter. They are not believed to be gang members.

Davis held up the personal tragedy as another example of the need to curb gun violence.

"Where did the gun come from? How did he get it? And of course, he never should have had it," Davis said in a statement. "What could have prevented this tragedy? Better education, more supervision after school activity. Better parenting."