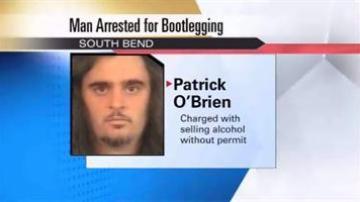 SOUTH BEND, Ind. -- A Granger man was arrested on October 17 after Indiana State Excise Police officers found him selling liquor out of his car at the Olive Mini Mart in South Bend.

Patrick Joseph O’Brien, 42, told Excise Police his girlfriend, who is currently in jail for shoplifting in Michigan, stole the liquor bottles he was allegedly selling, reports said.

Selling alcohol without a permit is commonly called bootlegging and violates Indiana law.

O’Brien was charged with maintaining a common nuisance, sale of alcohol without a permit and unauthorized dealings.

SpaceX moves ahead with Starlink satellite launch amid pandemic