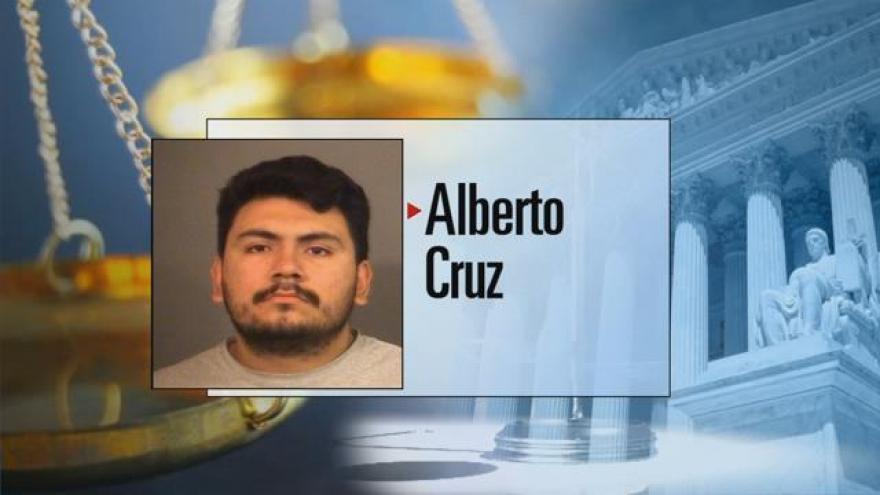 Revealing evidence was presented at the Alberto Cruz trial Wednesday.

Several maps he had created were shown, tracking cell towers hit by Cruz’s phone the morning on April 12, 2015, when Alma disappeared.

Although Cruz’s previous alibis had him asleep in his South Bend home most of the morning, cell towers tell a different story.

They mark him going from South Bend down south to Marshall County throughout the morning, in the same area he eventually lead police to Del Real’s body.

To talk about finding the body, a Metro Homicide investigator was brought in.

Weber questioned Cruz during the investigation.

According to video shown in court, Cruz at one point, asked other officers to leave and spoke only to Weber.

After telling Weber several stories, ranging from the Latin Kings taking Alma to a South American man strangling her, Cruz told Weber he did it.

In the video, Cruz began crying hysterically as he told police his next story.

Cruz said he and Del Real had sex, and afterward she tried to blackmail him.

He told police the two began to fight physically, and he pushed her down and knocked her out, then strangled her, assuming she was already dead.

The prosecution also called a pathologist to explain the autopsy.

She said Del Real’s body was badly decomposed, they weren’t able to find out what killed her, but they do know it’s a homicide.

They can’t determine sexual contact either, because her pelvic area was decomposed at that point. However, they could determine that strangulation was definitely a possibility as a cause of death.

Her skull showed no major injuries, so it’s unlikely she was killed by being hit over the head.

While this autopsy was going on last May, Cruz was in jail for the murder charge.

While there, one day he was found with scratch marks on his arms and neck.

Witnesses testified and the court was shown video of Cruz, strapped to a chair on his way to the nurse. When asked why he did it, he said ‘because of what I did’.

Jail personnel say Cruz was then placed on suicide watch.

The defense is expected to present Cruz’s case Thursday.