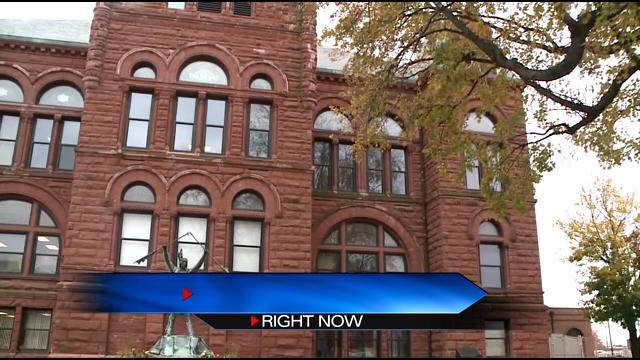 Gripping, disturbing, and emotionally draining are all words that can describe the feelings that hovered inside a La Porte County courtroom Thursday.

It is the second day witnesses take the stand detailing what happened soon after a 16 year old girl's body was found in a pond 21 years ago.

Pictures of Rayna Rison's body were put into evidence as both the Prosecutor and Defense asked a lot of questions and just over the course of five hours.

Just five hours into court and eight witnesses had approached the stand. Witnesses included a relative of an eyewitness, police officials, the person who discovered Rison's body, and one of her former co-workers.

Each witness provided details that could play a major role in determining whether Jason Tibbs is found guilty beyond a reasonable doubt for her murder.

But the most heart wrenching of details came when police officials were questioned.

When a Crime Scene Investigator for the Indiana State Police was on the stand, the Prosecutor presented graphic pictures of Rison's lifeless body found at a pond located on Grange Road in La Porte. Another picture showed that her body had been pinned down by logs.

Next the Prosecutor played a 15 minute video provided by the La Porte County Sheriff's Department. The footage showed the teen's body floating in the pond.

In court Rison's family was deeply affected but the images and sobbed while it played.

The Rison's denied an interview with eyes full of tears saying, “It's just too hard to say anything right now.”

The trial is scheduled to continue Friday at 8:30 in the morning.
Share this article: