Due to wetter than normal conditions this year across the Midwest and Great Lakes region, there has been a rise in flooding, not only of rivers, but the Great Lakes too.

This past week, flood warnings and advisories were in place for the western shores of Lake Erie, and Lake St. Clair. High water levels and strong easterly winds caused an overflow of water to spill onshore, creeping alarmingly close to homes. Residents say this is the fourteenth time this year the water has flooded near their homes. There will likely be more flood warnings and advisories in effect by Sunday.

Water levels are above the May average for all of the Great Lakes. This is the latest data from the Detroit District of Army Corps of Engineers. 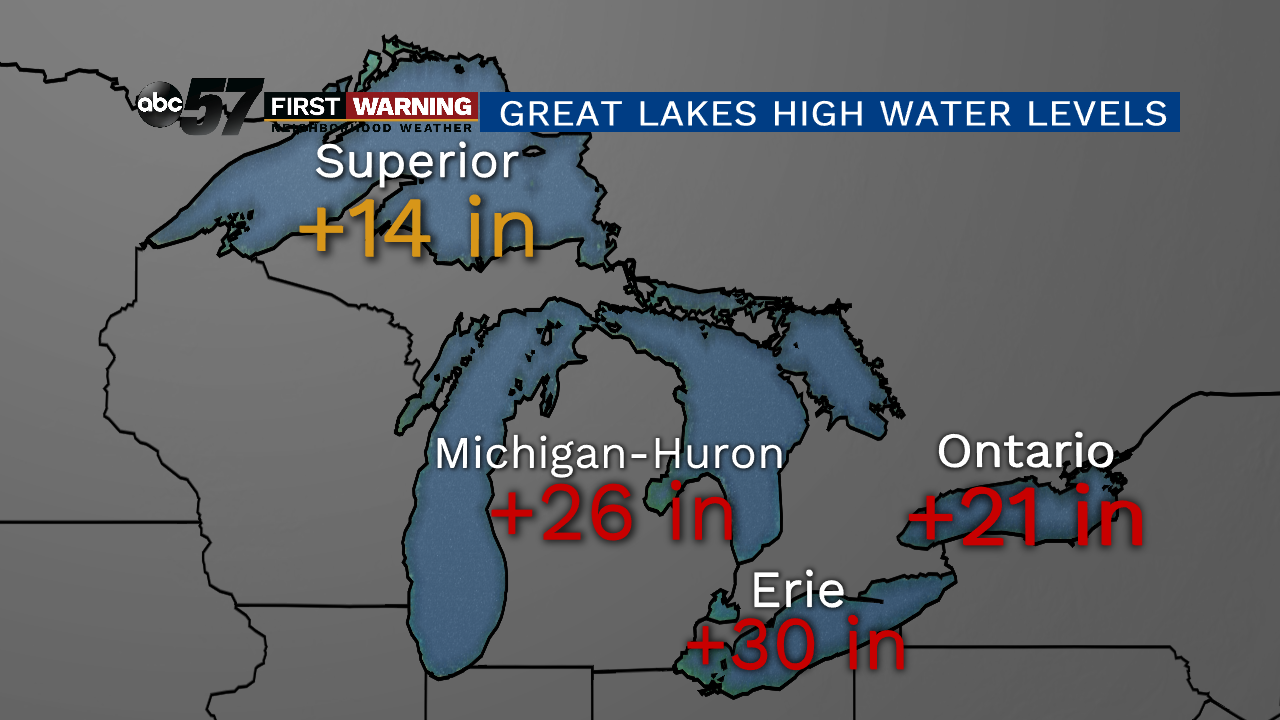 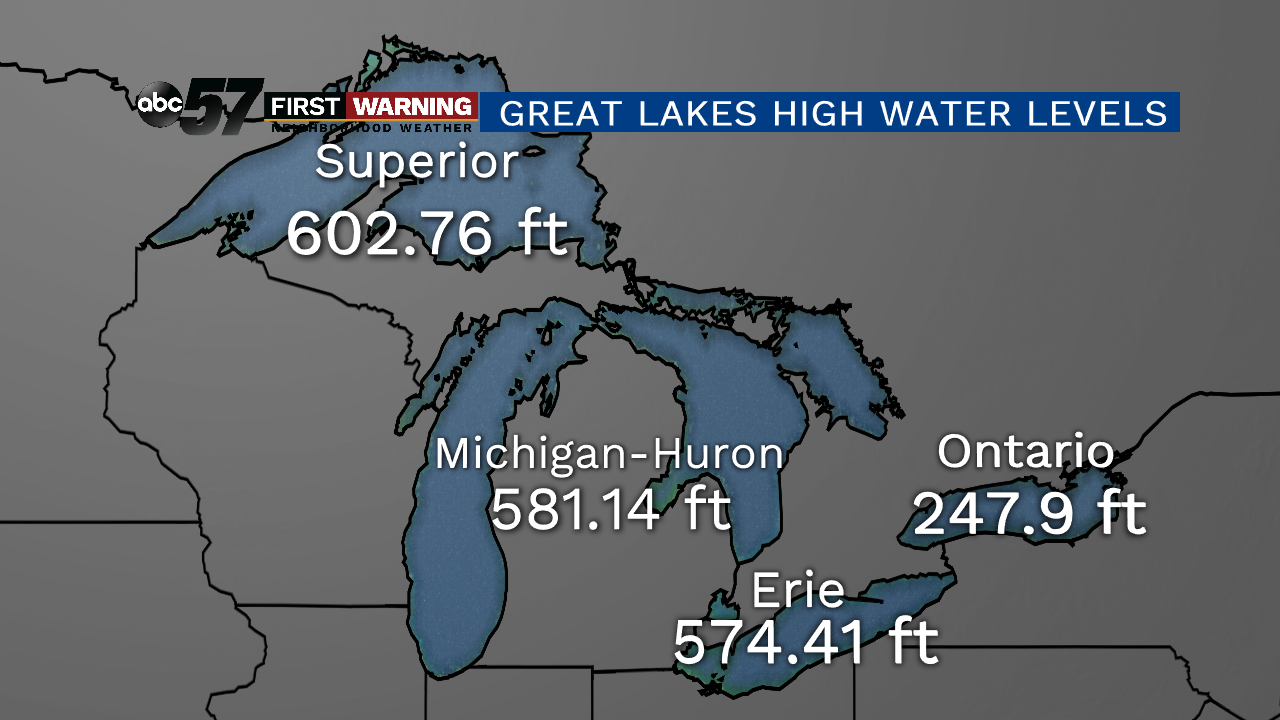 Lake Erie water levels have actually reached a new record high level for the month of May. 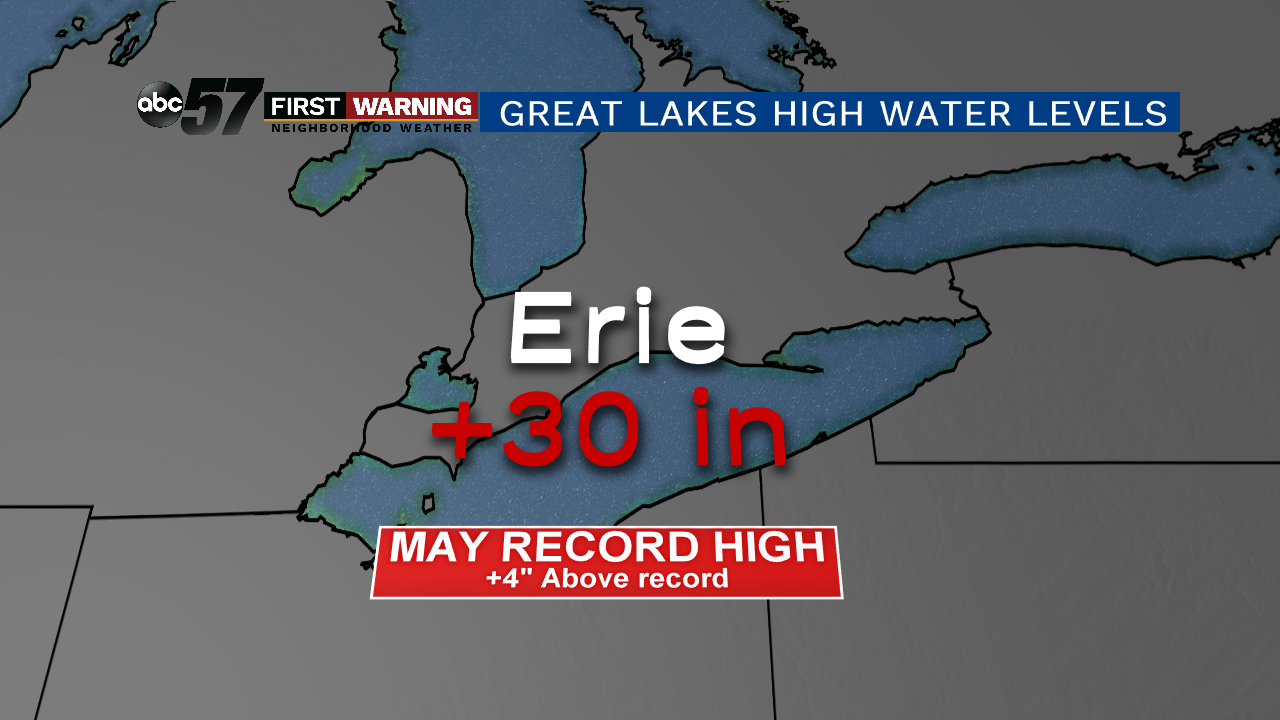 The combination of high water levels and strong winds over the largest fetch of the lake is causing flooding on the west side of Lake Erie. More flooding will be possible by Sunday and Monday. 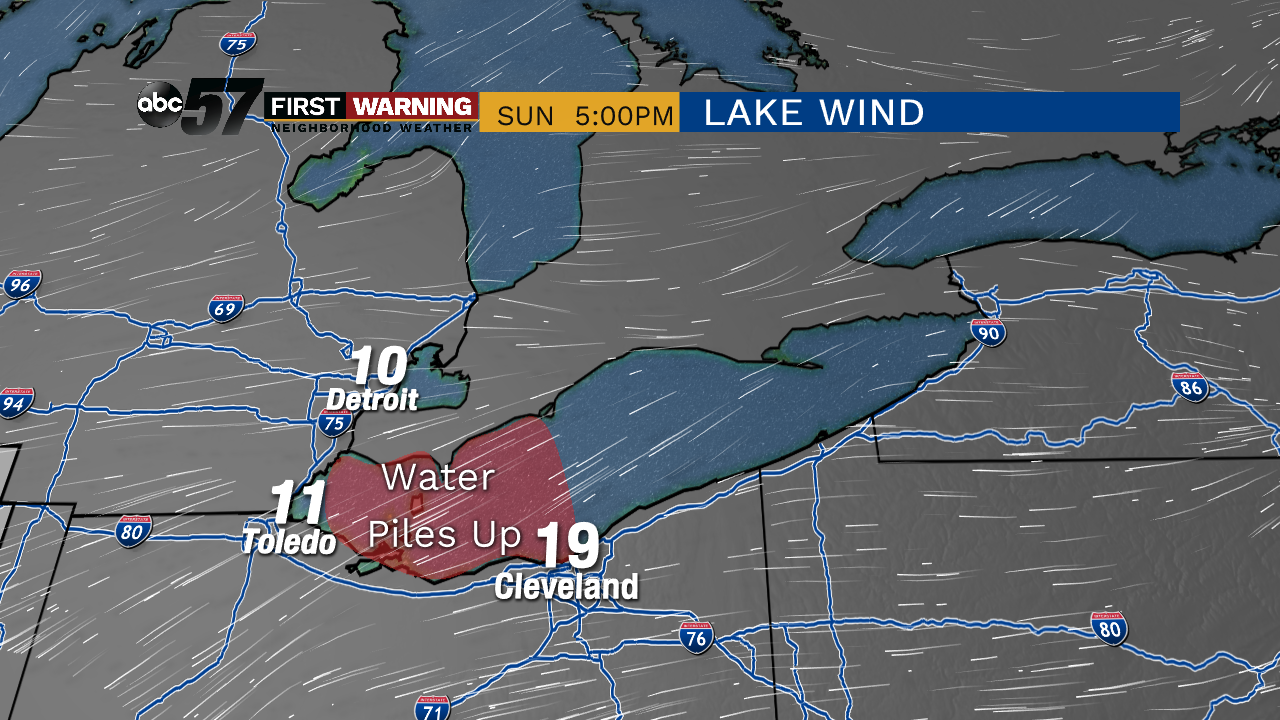 Flooding is not the only problem resulting from the high water levels. Beach erosion is a big issue as well for all of the Great Lakes. Lake Michigan is experiencing bad beach erosion  on the southeast end of the lake. The beaches are disappearing, and water is cutting away at sand and nearing homes along the shore.