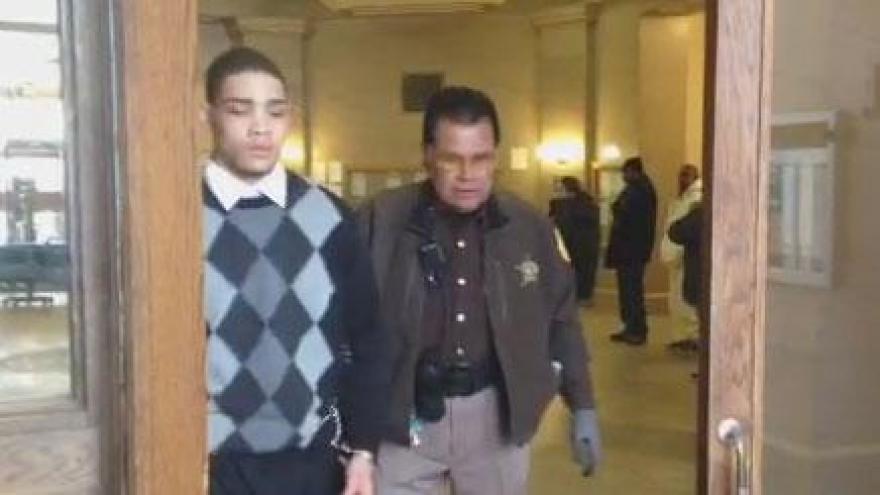 Robert Griffin, the man on trial for the fatal shooting of 2-year-old John Swoveland Jr in April 2014, will not testify in his own defense. The defense instead pointed the finger at another person charged in the case.

The state rested its case and the defense began presenting its case.

Griffin has been charged with one count of murder for the death of Swoveland and one count of attempted murder for allegedly attempting to shoot 16-year-old Larry Bobbitt Jr.

When asked if he would testify in his own defense, Griffin said his testimony won't change anything, that he didn't fire a weapon that day and he doesn't know who did.

The defense's first witness was Tyre Bradbury. He pleaded the fifth on the stand. He is facing one count of aiding in a murder in the death of John Swoveland Jr.

After Bradbury, Quentin Ferguson, who had already testified in the case, took the stand again.

Ferguson said he was incarcerated with Bradbury and testified Bradbury said, “I did it. I shot the baby.”

Bradbury also allegedly referred to himself as “The baby killer.”

Ferguson also testified Bradbury threatened to kill him and his whole family with the same .38 that was responsible for the toddler's death.

Terrence Peterson testified that his daughter is Swoveland's cousin and that when he was incarcerated with Bradbury, Bradbury apologized when he learned he was somewhat related to the toddler.

Peterson said, "He said he fired the .38 and instead of hitting Bobbit, he hit John Swoveland.”

The defense also called inmate Brandon James, who also spoke with Bradbury in jail. James testified Bradbury saw a tattoo of a .38 on his chest and said, “That mother [expletive deleted] got me in trouble.”

“He didn't tell me he shot anyone, he just told me he had a firearm,” testified Redding.

The day ended with the state calling a rebuttal witness who is an investigator with St. Joseph County Metro homicide.

He testified that Bradbury only made these statements because he felt it was his fault all of the guys were at Coquillard Park that afternoon.

The case is expected to go to the jury on Friday.