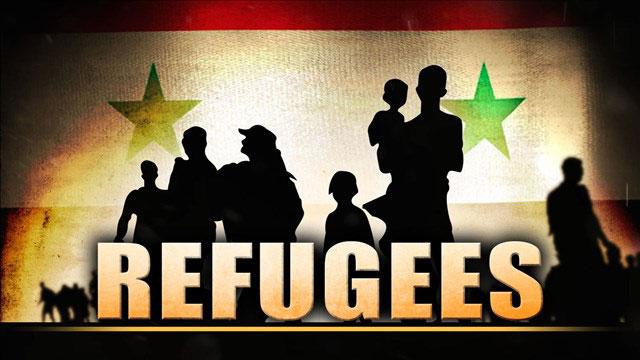 Governor Pence paused the state's Syrian refugee program in November over concerns for the safety and security of Hoosiers. One of the suspects in the terror attacks in Paris was a Syrian refugee.

I would like to bring you up to date regarding the question of the Archdiocese of Indianapolis resettling a family of refugees from Syria. The family arrived safely in Indianapolis last night.

I thank Governor Pence for meeting with me last Wednesday, when I was able to explain in some detail the plight of this family as well as the role of the Archdiocese’s Refugee and Immigrant Services program in welcoming them to Indianapolis, where the family already has some relatives. I listened to the governor's concerns regarding security and prayerfully considered his request that we defer from welcoming them until Congress had approved new legislation regarding immigrants and refugees. I informed the Governor prior to the family’s arrival that I had asked the staff of Catholic Charities to receive this husband, wife and their two small children as planned.

Three years ago, this family fled the violence of terrorists in their homeland of Syria. After two years of extensive security checks and personal interviews, the United States government approved them to enter our country. The Archdiocese of Indianapolis was asked to help resettle this family through its regular participation in a program that is a public-private partnership between the federal government and the United States Conference of Catholic Bishops and its Migration and Refugee Services.

For 40 years the Archdiocese's Refugee and Immigrant Services has welcomed people fleeing violence in various regions of the world. This is an essential part of our identity as Catholic Christians and we will continue this life-saving tradition.

We welcome this family during Advent, a time when the Christian community asks God to renew our hope and recognize God’s saving power among us. As we wait with hope during this season of Advent, I ask all people of good will to pray for peace in our homes, local communities and throughout the world.

"The governor holds Catholic Charities in the highest regard but respectfully disagrees with their decision to place a Syrian refugee family in Indiana at this time.

“Prior to the terrorist attacks in Paris, which involved a Syrian refugee as one of the attackers, the Obama Administration’s own FBI Director said there are ‘gaps’ in the Syrian refugee resettlement program.

“Yesterday, the Chairman of the U.S. House Homeland Security Committee stated that ‘The U.S. government has information to indicate that individuals tied to terrorist groups in Syria have already attempted to gain access to our country through the U.S. refugee program.’

“Despite these facts, the Administration continues to ignore calls from governors of both parties, as well as a bipartisan majority in the U.S. House, to pause and strengthen the program.

“The safety and security of the people of Indiana is Governor Pence’s top priority. The State of Indiana will continue to suspend its participation in the resettlement of Syrian refugees in Indiana until the federal government takes action to address the concerns raised about this program.”