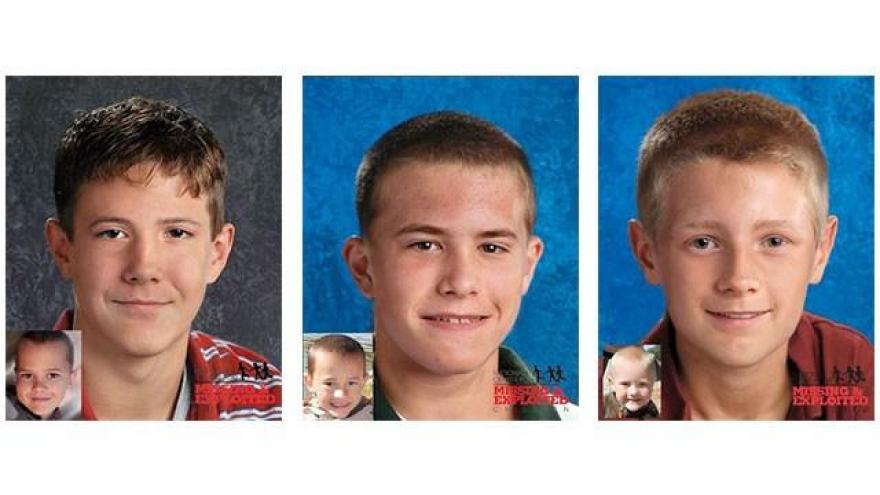 The National Center for Missing and Exploited Children has released age-progressed photos of three boys who have been missing since November 2010.

On November 26, 2010, Alexander, Andrew, and Tanner Skelton were reported missing from Morenci in Lenawee County, Michigan.

The boys were in the care of their father, John Skelton, when they disappeared. He pleaded no contest to three counts of unlawful imprisonment in September 2011 after he claimed to have given the boys to unknown individuals, according to a press release from Michigan State Police.

MSP became the lead agency in the investigation in 2013.

“The Skelton case continues to be a high priority investigation for us,” said D/Sgt. Jeremy Brewer of the MSP First District Special Investigation Section. “We have followed up on each and every tip and are committed to investigate all leads. Our hope is to find Andrew, Alexander and Tanner.”

The public is asked to provide any tips or information to the MSP at www.michigan.gov/michtip or by calling 517-636-0689.

Click here to view the poster with additional information from the National Center for Missing and Exploited Children.