Guatemalan gets 16 years in crash that killed Colts player 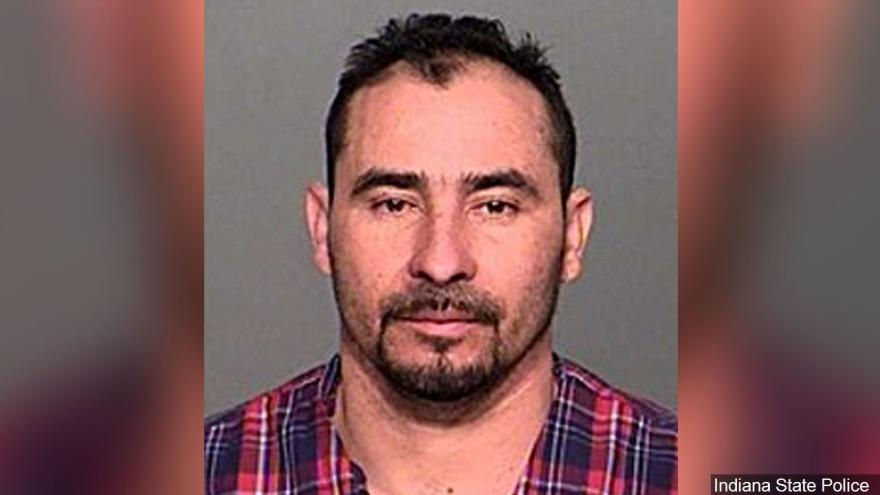 INDIANAPOLIS (AP) — A man from Guatemala living illegally in the U.S. was sentenced Friday to the maximum of 16 years in prison for a drunken-driving crash that killed Indianapolis Colts linebacker Edwin Jackson and his Uber driver.

A Marion County judge sentenced Manuel Orrego-Savala after hearing emotional testimony from Jackson's mother and the widow of Jeffrey Monroe, a 54-year-old the Uber driver who was driving Jackson the night of the deadly crash.

Orrego-Savala, 37, had pleaded guilty in July to two counts of operating a motor vehicle with a blood alcohol content of .15 or more, causing death. The sentence marked the maximum possible under his plea agreement.

Investigators said his blood-alcohol content was 0.19 when his truck crashed into Jackson and Monroe in February along Interstate 70 in Indianapolis. Monroe had pulled over because the 26-year-old Jackson was ill.

Monroe's widow, Deborah Monroe, leered at Orrego-Savala after she took the witness stand while holding a photo of herself and her late husband of 23 years. She told the court that the deadly crash had killed "the greatest love of my life" and left her and her relatives grief-stricken.

"My family and I are serving a life sentence because of you," she said, calling Orrego-Savala, "a drunk, a liar, a murderer and a coward."

Orrego-Savala was deported from the U.S. in 2007 and 2009. He was also in the country illegally at the time of the crash, authorities said. The case became a flash point in the nation's immigration debate, with President Donald Trump tweeting about it and Republican U.S. Senate candidate Mike Braun featuring it in an Indiana campaign advertisement.