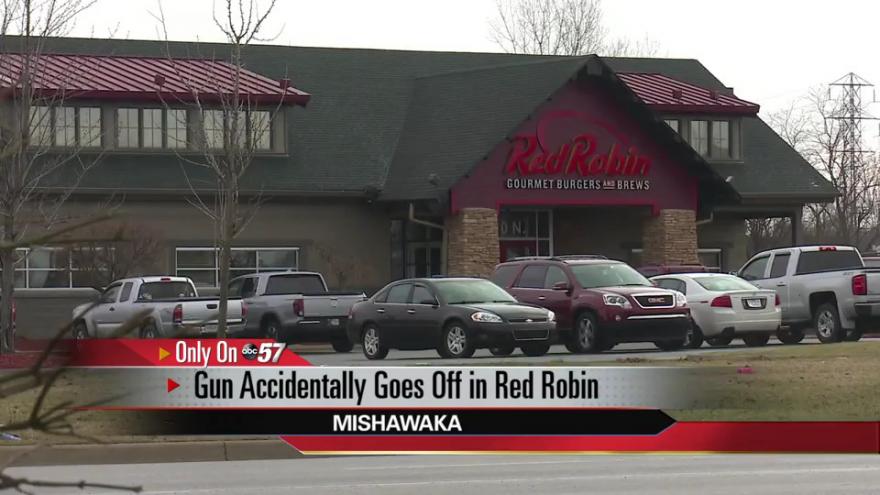 MISHAWAKA, Ind. -- The man whose gun went off in the Red Robin in Mishawaka will not face charges, according to Mishawaka Police.

Police located the man who dropped his gun inside the busy restaurant on Friday March 2.

The gun discharged and a bullet hit the ceiling. No one was injured in the incident.

The man, whose name was not released, grabbed the gun and left the restaurant, according to witnesses.

Police said the man will face no charges because it was an accidental discharge.