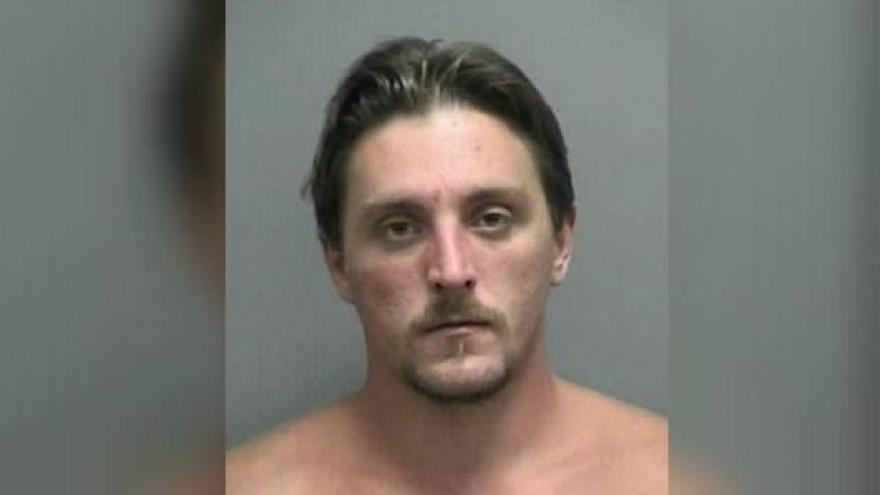 (CNN) -- A man suspected of burglary at a Wisconsin gun shop is on the run after allegedly mailing a manifesto to President Donald Trump, detailing his grievances against the government.

"A large quantity of high-end handguns and rifles were stolen and the suspect fled the scene," authorities said in a statement.

About 30 minutes after the burglary, police found Jakubowski's car ablaze on a nearby street along with evidence of arson, according to Cmdr. Troy Knudson.

The suspect was nowhere to be found.

It "includes grievances against government and personal angst toward anyone or anything other than natural law or rule," the Rock County Sheriff's Office said.

Authorities released a cellphone video that appears to show Jakubowski at a post office, mailing a bulky envelope addressed to Trump at the White House. The video, which Knudson said was posted on social media, shows Jakubowski's name and a Janesville return address on the envelope.

Knudson declined to confirm what social media platform the video was on.

Investigators said they analyzed the manifesto and discovered anti-religious views. As a result, they've beefed up patrols at churches and places of worship, but emphasized that there is no specific threat to any religious group.

In the manifesto Jakubowski also threatened to steal weapons and use them against public officials or schools, prompting officials to shut down the Janesville School District on Friday, Knudson said.

Jakubowski is considered armed and dangerous. Anyone who sees him should call 911 instead of approaching him, Knudson said.

The FBI has offered a $10,000 reward for information leading to his arrest.

"All local, state and federal agencies continue to be involved in this search and additional resources have come in from Chicago and Minneapolis/St. Paul Minnesota," the Rock County Sheriff's Office said.

Janesville is some 70 miles southwest of Milwaukee, near the Illinois border.