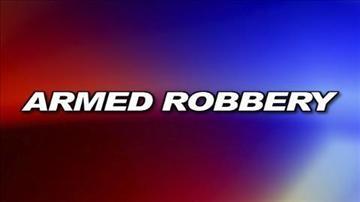 South Bend, IN - Save-A-Lot on Chapin Street was robbed Saturday afternoon at gunpoint.

The manager of Save-A-Lot told ABC 57 News that her son was working the register at the time. He was approached by a man with a gun and told to open his register.

She told us that her son's register wouldn't open and the suspect became angry.

"He shot out or security monitor," she said. Only one shot was fired.

Another employee opened her register. He took the cash and ran off.

No one inside the store was injured.

The suspect is described as a black man, 6ft 2in, about 120lbs. He had on a dread-lock wig. He was wearing a green football jersey with the number 93 on it and jeans.

South Bend police continue to search for the suspect.

If you have any information about this robbery you're asked to call South Bend Police at 574-235-9361.