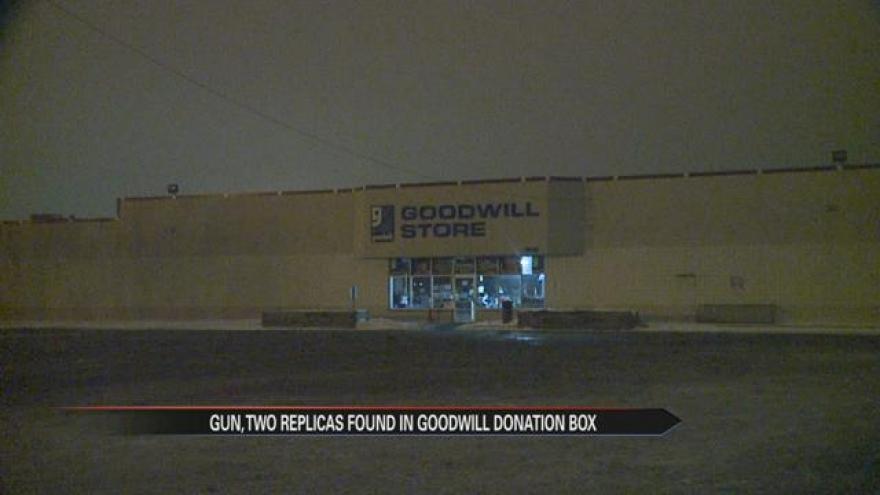 On Monday, those guns were transferred to the South Bend Goodwill Store on West Western Ave.

According to police, two of the guns were replicas but one was real.

South Bend Police collected all three guns and turned them in for further investigation.

Police say if you’re trying to get rid of a gun you should turn it in to your local police department.