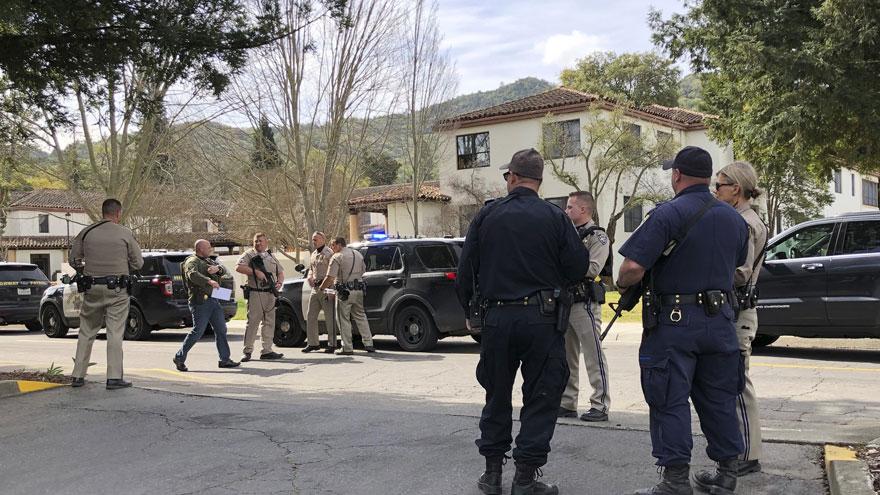 (CNN) -- There is an active shooter and a hostage situation at the Veterans Home of California in Yountville, the California Highway Patrol reports on Twitter.

"CHP is working with Napa County Sheriff's Office to establish a perimeter and clear buildings," the Highway Patrol said on Twitter.

At a brief news conference, patrol spokesman Sgt. Robert Nacke said he knew of no injuries. He said a hotline will be set up for people to obtain information about relatives inside the home.

He did not identify the gunman or provide a motive.

The California Department of Veterans (CalVet), which operates the home, said it enacted its emergency protocol. Police have surrounded the facility and are telling people to avoid the area.

Marlon Harrison was one of the family members who gathered outside the gates to the home.

"I'm waiting for a phone call from my daughter," Harrison said. "It's considered a lockdown building, you can't go in unless authorized."

The FBI has deployed a SWAT team to Yountville, spokesperson Katherine Zackel said. The Bureau of Alcohol, Tobacco, Firearms and Explosives said via Twitter it is also responding.

Founded in 1884, the facility houses about 1,000 aging vets and is the largest veterans home in the United States, according to the CalVet.

The veterans home is an important part of the Napa Valley Community, with the 1,200-seat Lincoln Theater, a golf course and a large library, CalVet said.

Yountville is a town of about 3,000 residents in the north San Francisco Bay area.