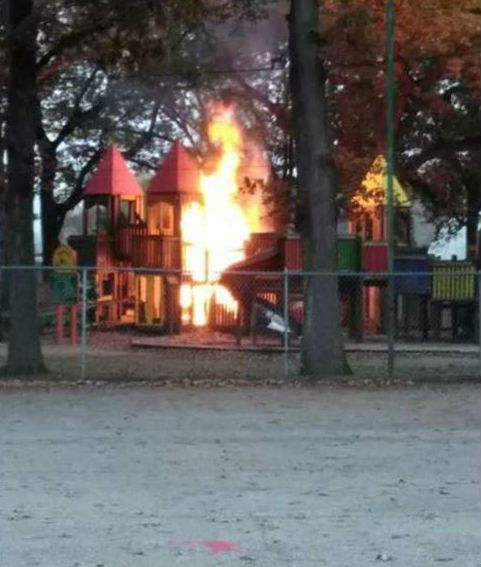 SOUTH BEND, Ind. -- A popular South Bend park is closed after being damaged by a fire Halloween evening.

Officials say the South Bend Fire Department was called to Kids' Kingdom in Potawatomi Park shortly after 6:00 p.m. on Tuesday for an active fire.

Officials have not said how the fire started, but the cause it is being investigated.

South Bend Venues Parks and Arts took to Facebook after the fire calling the fire vandalism.

SBVPA says the park will be closed temporarily for repairs. They also expressed their gratitude to the South Bend Fire Department for their quick response to the fire.