Hammond woman killed in crash on I-80/94 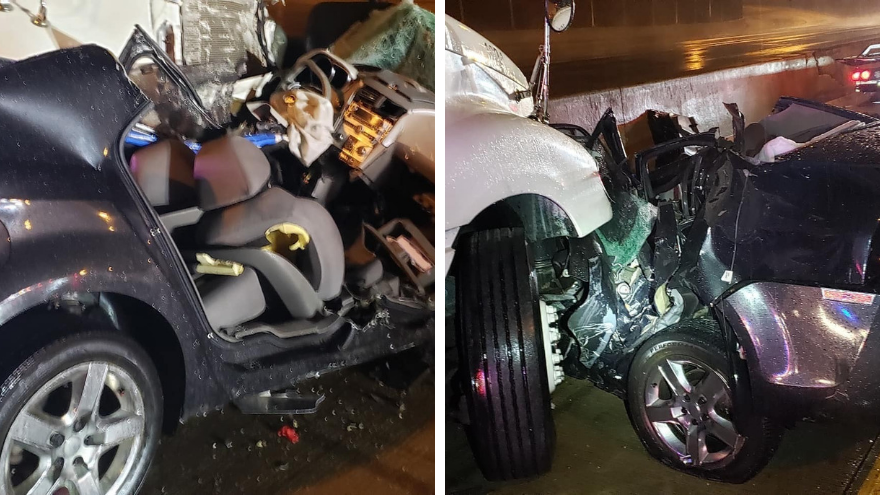 HAMMOND, Ind.—A Hammond woman was killed in a crash on I-80/94 on April 30 according to the Indiana State Police.

An early investigation conducted by an Indiana State Trooper shows that a black 2001 Chevrolet Malibu, driven by 21-year-old Eimy Ocampo-Ayala of Hammond, was travelling westbound on I-80/94 approaching the Calumet Ave. exit ramp when it struck a crash cushion. The Malibu then struck a white 2005 Freightliner that was travelling in the right lane, according to police.

Both vehicles then drove to the left, hitting a second semi-truck before all three vehicles came to a stop against the median wall, police said.

Ocampo-Ayala was pronounced deceased at the scene by the Lake County Coroner.

Police believe that alcohol is a factor in this crash, as well as heavy rain and limited visibility.

The road was closed for about four hours during the investigation and cleanup.