Man barricades himself in girlfriend’s residence, refuses to surrender for five hours 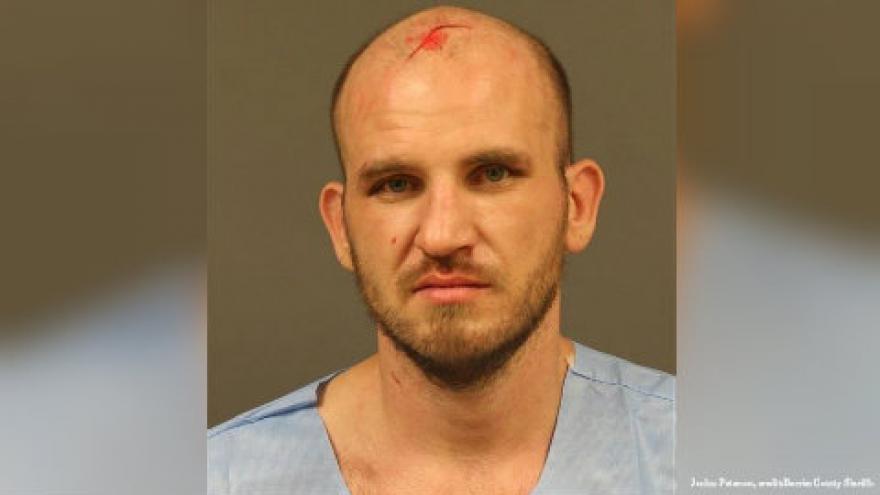 WATERVLIET TOWNSHIP, Mich.—  Berrien County Sheriff’s Office Deputies responded to a 43-year-old resident’s request to check her residence under suspicion that her boyfriend was using her home to hide.

Once on scene, authorities say 35-year-old Joshua Peterson of Hartford City barricaded himself in a bedroom while deputies searched the premises, threatening to shoot anyone who entered the room.

While no one was harmed, authorities say Peterson threw a utility knife at officers during the negotiations.

After hours of failed negotiations, authorities entered the room and used a police dog and other means to subdue and arrest Peterson.

Peterson reportedly held a piece of metal shaped like a handgun, though no guns were found on the premises.

The suspect was assessed on scene by Pride Care Ambulance Service for self-inflicted wounds before being transported to Spectrum Lakeland Hospital.

Later, Peterson was booked at Berrien County Jail for:

The suspect will appear in both the Berrien County Trial Court and the Van Buren County court system.