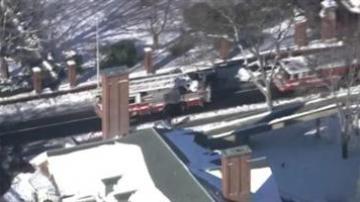 CAMBRIDGE, Mass. -- A bomb scare on Harvard’s campus caused the evacuation of four buildings Monday but bomb squads said there was no immediate danger.

Many students had just sat down for final exams when the threats came in.

The bomb squad gave the all clear and finals will resume Tuesday.