Hashtag to the Girls 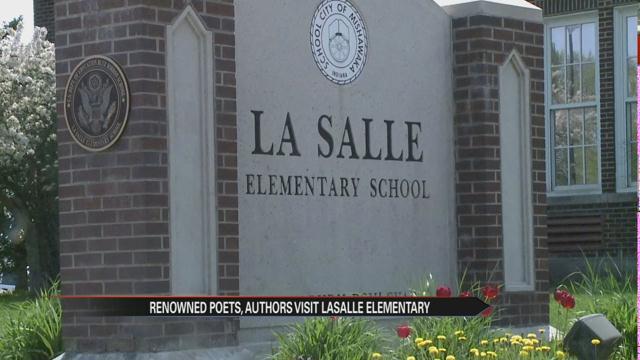 Sixth graders in Eric Johnson's class at LaSalle Elementary will be getting tips from professional poets Friday afternoon. They will also be performing poetry they've been working on this year.

"Poetry is not the sixth grader's favorite thing to do so I tried to find a way to take on the curriculum standards and incorporate spoken word or maybe even a poetry slam concept," said Johnson.

Johnson's way of making it even more interesting was to try to get the attention of some world-renowned poets through Twitter.

"We kind of took a picture of the book and tweeted him out and it just grew from there," said Johnson.

And now, world renowned poets and authors Kevin Coval and Malcolm London, who have been featured on 60 Minutes, will be spending an afternoon facilitating a writing workshop to help LaSalle's emerging writers find their voice.

A voice they have already proven to their classmates through the poem "Hashtag to the Girls."

"Some people were crying at the end of it and they're like 'did you write that yourselves?' Yeah we did write it ourselves," said sixth grader Taylor Pile.