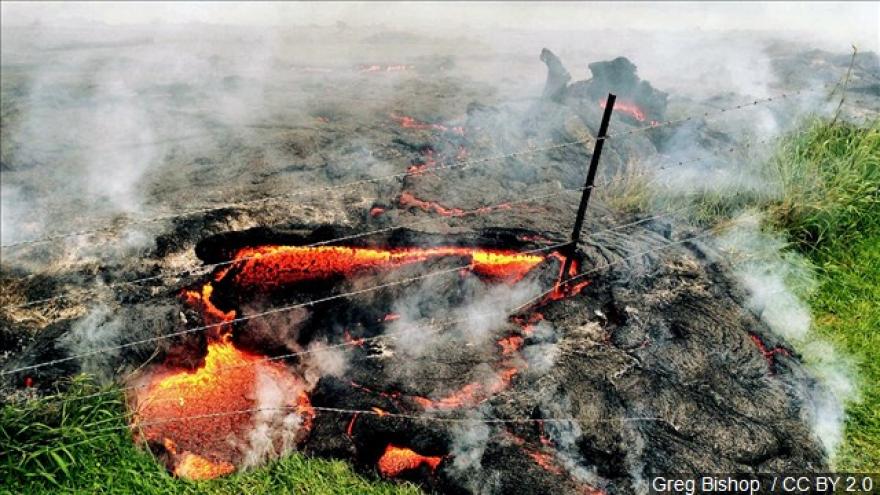 Kilauea volcano erupted and released lava into a residential area in Hawaii on Thursday, leading to mandatory evacuations of nearby homes. Photo courtesy Greg Bishop / CC BY 2.0

(CNN) -- Kilauea volcano erupted and released lava into a residential area in Hawaii on Thursday, leading to mandatory evacuations of nearby homes.

The eruption affected Leilani Estates, a subdivision in the lower East Rift Zone of Kilauea volcano, according to the Hawaiian Volcano Observatory.

"Shortly before 5 p.m., lava was confirmed at the surface in the eastern end of the subdivision," it said.

The Hawaii County Civil Defense asked residents in Leilani Estates and Lanipuna Gardens to evacuate to a local community center, which is serving as a shelter.

About 1,700 people in the Leilani Estates area are under the evacuation order, according to Cindy McMillan, the governor's spokeswoman.

"I urge residents in Leilani Estates and the surrounding areas to follow instructions. ... Please be alert and prepare now to keep your family safe," he tweeted. 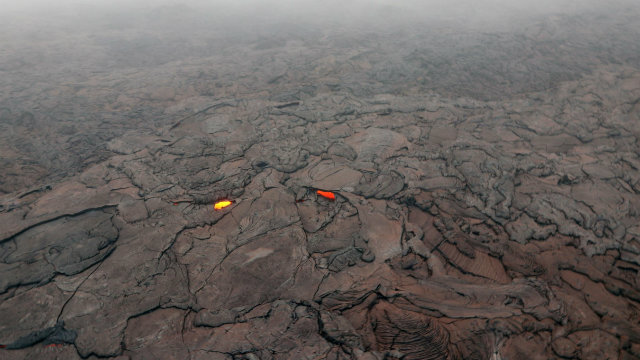 Hawaiians were on volcano eruption watch as hundreds of earthquakes hit the island in less than 72 hours. US Geological Survey

The evacuation comes after hundreds of earthquakes shook the eastern side of the Big Island.

The US Geological Survey said the magnitude of the most severe quake was 5. It hit Thursday morning and, within half an hour, two more quakes rattled the area, registering at 2.5 and 2.7. There have been a total of six smaller earthquakes since the biggest one, the agency said.

The frequency of the minor earthquakes decreased Thursday compared to the preceding days, the Hawaii County Civil Defense Agency said in a statement.

Kilauea is one of the world's most active volcanoes. It's located in the Hawaii Volcanoes National Park, which has since closed off nearly 15,700 acres due to "the possibility of a new eruption and unstable geologic activity." But most of the park remains open, the park said in a statement.

Since Monday, hundreds of earthquakes -- most of them around 2.0 magnitude -- have been recorded in the area. The series of earthquakes came after a collapse of a crater floor of Puʻu ʻŌʻō, which is a volcanic cone in the eastern rift zone of the Kīlauea Volcano.

Since that collapse, about 250 earthquakes were reported in the area into Tuesday evening, according to a Hawaiian Volcano Observatory status report.

The tremors have been going on for days now, jarring residents, who've been reporting nearly constant ground vibrations in some areas. Residents in the area have also reported cracks on roads.

She said the flurry of earthquakes seemed to happen every minute.

"It'd be like the house would shake. It'd be like somebody that weighs 300 pounds came in my living room, and jumped up and down," she said.