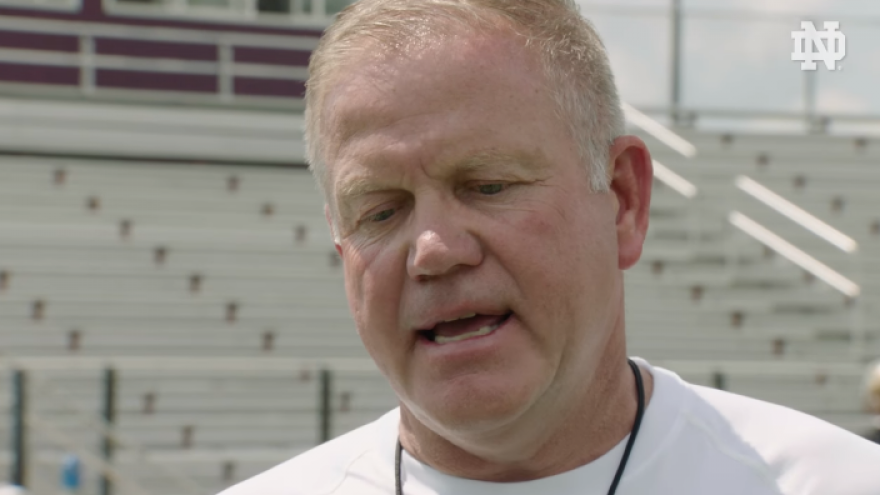 CULVER, Ind. - Thousands of friends, family and colleagues attended a Mass and Memorial Celebration for Ara Parseghian at the University of Notre Dame after the former legendary football coach passed away on August 2nd.

Fighting Irish Media’s Jack Nolan spoke with Notre Dame Head Football Coach Brian Kelly the day Parseghian died, following a daily football practice in Culver, Indiana. Kelly says Parseghian always stayed in contact with those close to him and made sure you knew he was still around, no matter what the circumstances.

“He never lost his ability to stay in touch in whatever form he could, even at 94 years old,” said Notre Dame Head Football Coach Brian Kelly.

As current Head Football Coach at the university, Kelly says he often took the opportunity to pick former great coach’s brain’s when it came to the game, especially those who helped the team earn wins, like Parseghian.

You can check out more interviews with others like the Director of Athletics, Jack Swarbrick by clicking here.