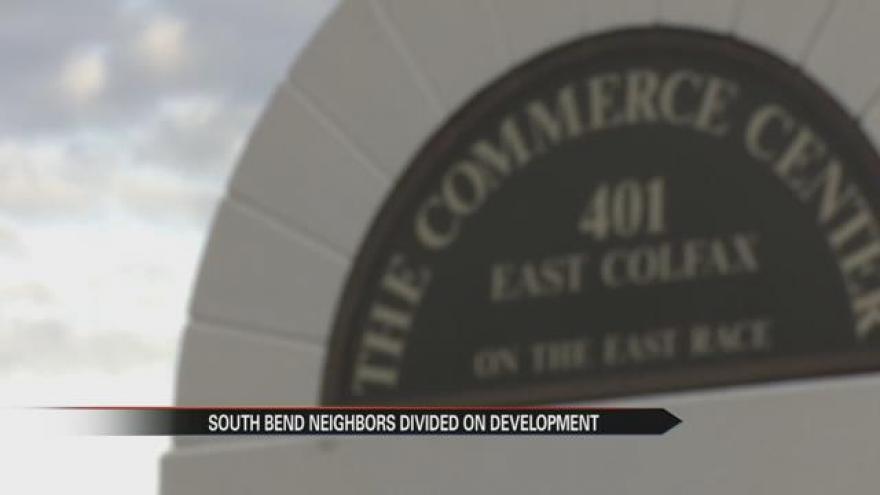 Tuesday, St. Joseph County’s Area Plan Commission removed one of the final hurdles in the way of an East bank high-rise project.

The board reluctantly voted 9-1 to send a proposal to amend the area’s height-limit ordinance to South Bend’s Common Council with a favorable recommendation.

The main argument was centered on the conflict of maintaining the neighborhood’s integrity or welcoming new development to the area.

Tuesday’s meeting felt like déjà vu for quite a few residents that showed up.

Many folks spoke in favor and against the proposal, and the voting board spent hours deliberating on a decision.

But a decision did come, and the Commerce Center mixed-use nine-story building proposal will move forward.

This matter has been discussed for over five months

But now there’s a clear path to green lighting the project.

The commission has been reluctant to move it forward because it conflicted with an East Bank’s plan that was created back in 2008.

And quite a few folks believe those rules were there for a reason.

“Frankly I think that decided they really didn’t have a responsibility in this so I was really wondering why it was even presented to them,” said resident Paul Tipps.

But Tuesday’s decision affirms plans can be changed.

And very soon there could be changes to the city’s skyline as well.