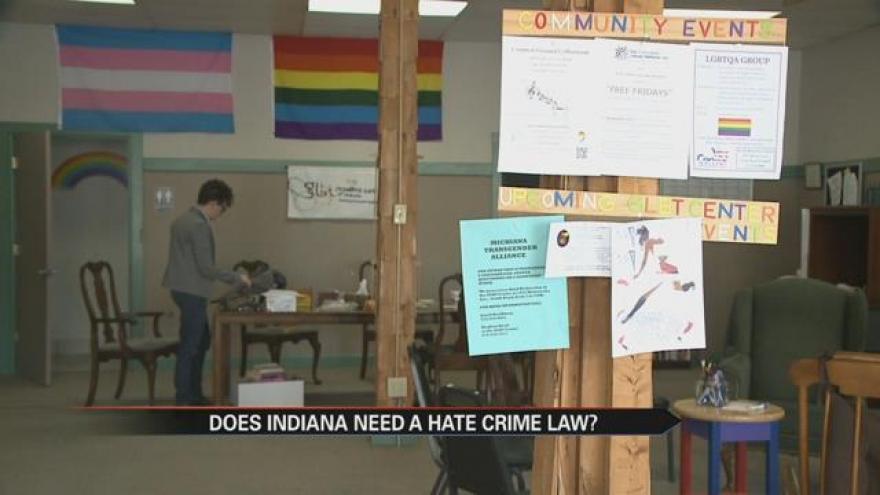 The family of a South Bend veteran is joining Michiana's LGBT community asking Indiana to toughen up on hate crimes.

They're now pressing lawmakers following the death of Jodie Henderson.

Police say Henderson was targeted and killed because he was gay.

“There’s so many people that’s in the closet, they need to come out, come out and express your life,” said Patricia Forrest, Jodie Henderson’s mother.

Forrest says that’s a how her son, a decorated military veteran, lived his life before it was cut short.

“My son was who he was and he never hid it, so this won’t happen to no one else, this should be brought up as a hate crime,” she said.

The news of Henderson’s death was upsetting for South Bend’s LGBT community.

“The fact right now that it’s happening in our own community right here in South Bend, Indiana is scary,” said Eli Williams of the GLBT Resource Center of Michiana.

Wednesday, the center planned on connecting with Henderson’s family, and also looked to press lawmakers on providing more protections for their community.

“We don’t have a hate crime law and these murders are not being held to a stricter standard is shameful and we need to work on that,” said Williams.

That topic was actually brought up this past legislative session in Indianapolis.

“We’re one of only 5 states that doesn’t have a biased crime or hate crime act,” said state senator Susan Glick.

Senator Glick authored the “Bias Crime Bill” that would tighten punishments for criminals motivated by several factors including race, sexuality and religion.

That bill failed to make it to the house floor along with several other LGBT protection bills.

“I hope to bring it back next session and we’ll see what happens then,” said Sen. Glick.

With alleged details surrounding Henderson’s death pointing to homophobia, many in the community hope legislators will take it more seriously next time as well.