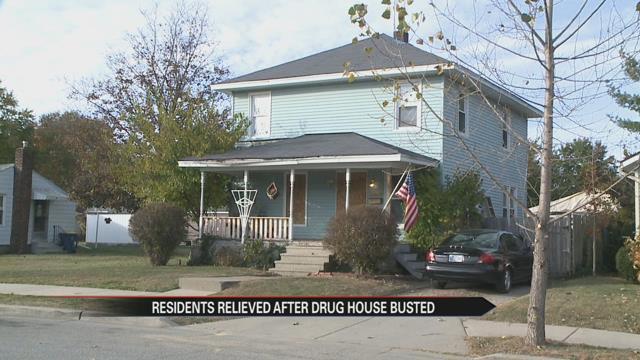 Four people are behind bars Thursday after heroin, meth, drug paraphernalia and currency were found in a Mishawaka home by a four unit team.

All are facing preliminary common nuisance charges, and all but Sanchez are also facing possession charges.

“There was never anything good that went on over there,” neighbor Scott Carpenter said.

“There were loud cars in and out of all times of day and night,” Conlee said.

Both say they woke up to the raid.

“It was a sight to see but at the same time it was a relief to know that there’s not going to be any more traffic coming through,” Carpenter said.

“All this here was possible because we received numerous tips and complaints about issues going on in and around the neighborhood concerning this kind of activity,” Lt. Williams of the Mishawaka Police said.

In the meantime, the block is celebrating.

“Everyone is ecstatic actually,” Conlee said.