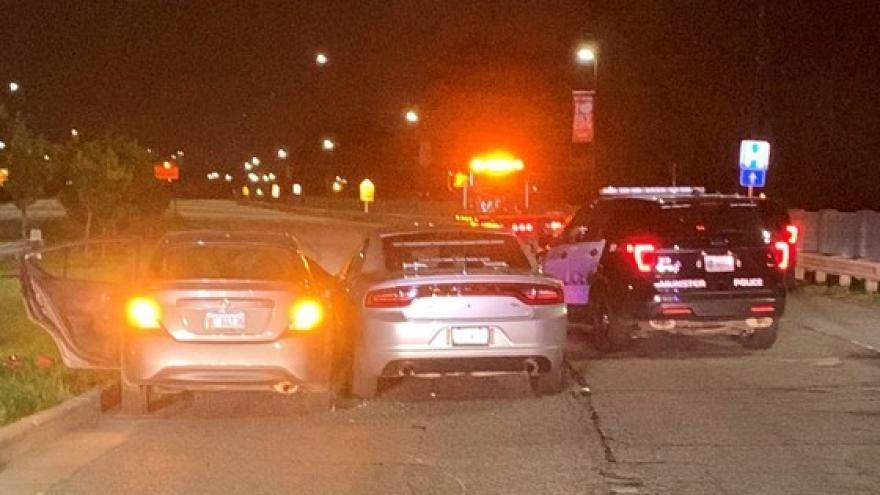 LAKE COUNTY, In. - A high-speed chase in Lake County ended with an Indiana State Trooper shooting a suspect.  Both the trooper and suspect went to the hospital, but both are expected to recover.

According to police, this started early Tuesday morning in Munster.  Police there were chasing a car reportedly involved in suspicious activity at a home.  The driver took off, drove without headlights and apparently tried ramming a police car.

The chase ended up on the highway, and state police officers jumped in to help.  Eventually, the car stopped and a trooper pulled next to it and tried arresting the driver.  The driver moved forward, hitting the trooper and wedging him against his cruiser.  While trapped between the two cars, the trooper shot the driver through the windshield.

That driver is identified as Eric Douglas of Crown Point.  Both he and the trooper went to the hospital with injuries that weren't life-threatening.  Douglas was later booked into the Lake County Jail.

The name of the trooper involved in the incident will be released later this week.