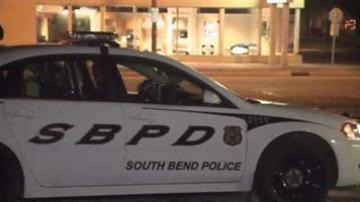 SOUTH BEND, Ind. – One man led police on a high-speed police chase through the streets of South Bend.

The chase happened around midnight Tuesday.

He eventually crashed several blocks down the road. After crashing near the intersection of Michigan and Eckman, he took off on foot.

He was eventually caught and taken to jail. Officers tell ABC57 the car he drove was not his.