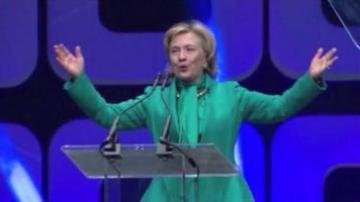 People continue to speculate on Hillary Clinton's plans for the 2016 presidential election.

In a sit-down interview with Barbara Walters, the former Secretary of State said she will decide next year whether she will run in 2016.

According to recent polls if she does decide to run, she will most likely be the Democratic front runner.