Historic flooding and a look at when the rivers may recede 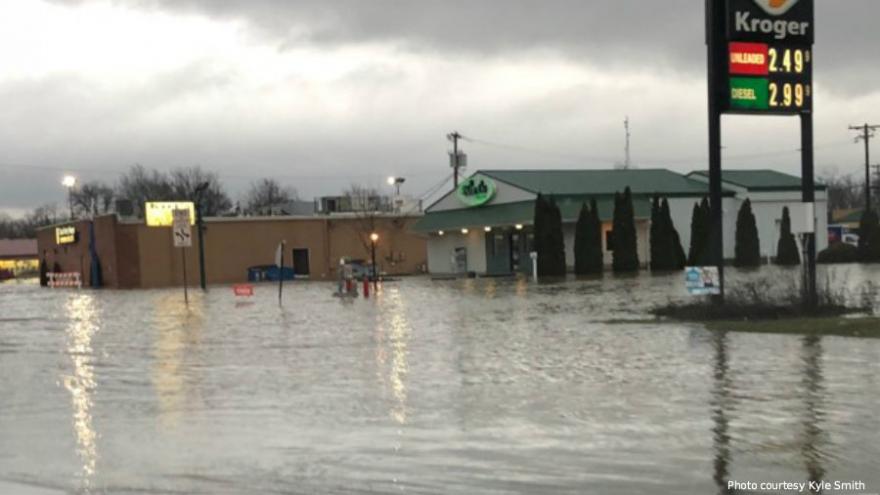 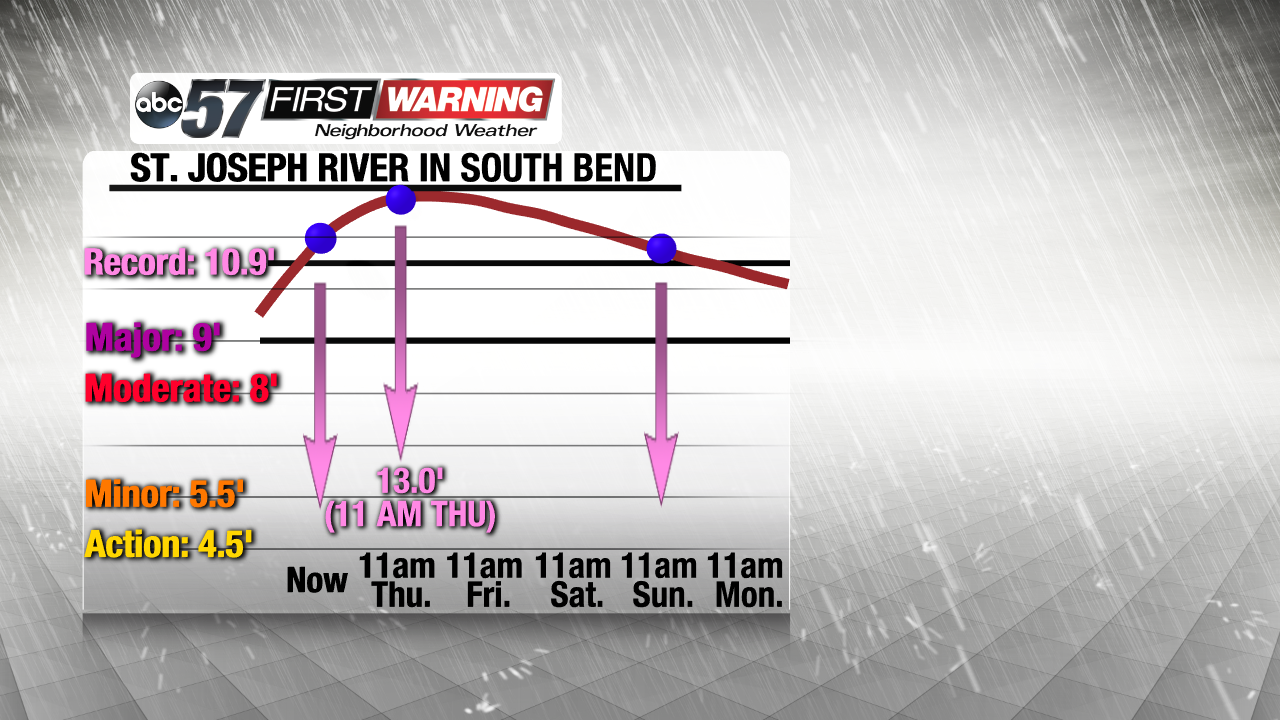 Nearly all rivers across Michiana are experiencing extreme water rises and flooding. The St. Joseph River, Yellow River, Tippecanoe River, Kankakee River, and Elkhart River are all currently in or will soon be in the Major Flooding category. Many locations along those rivers are expected to crest at historic levels that have never been witnessed. That includes the St. Joseph River in both Niles and South Bend.

The crest in South Bend is likely to occur around noon on Thursday at or above 13 feet. That is more than two feet above the highest level ever reached in South Bend of 10.9' set back in both 1982 and 1993. 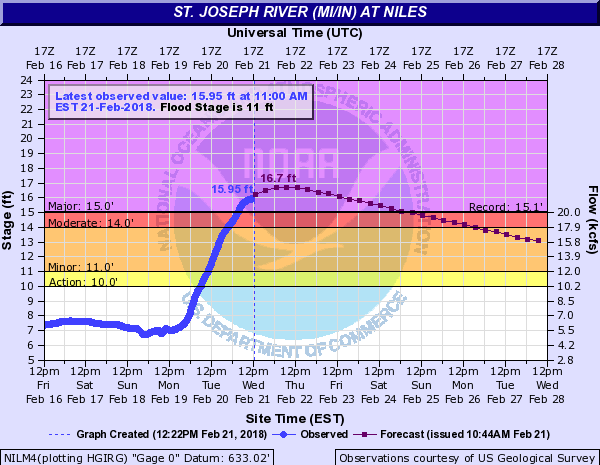 St. Joseph River at Niles NOAA
The St. Joseph River in Niles is also forecast to shatter the previous historic high at that location. The level as of 12 PM Wednesday is 15.95' and that will rise to 16.7' by noon on Thursday. The previous record in Niles was 15.1' set back in 1950. 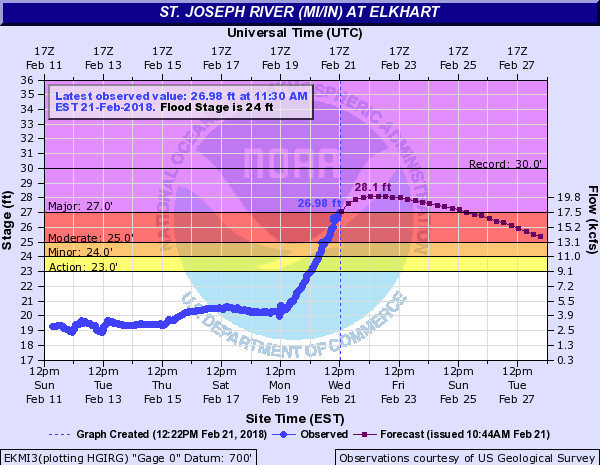 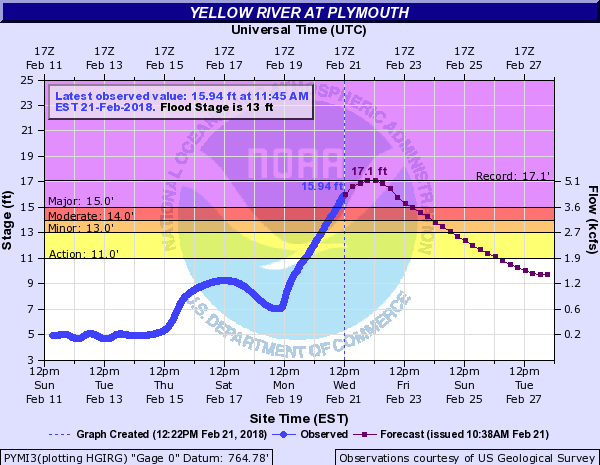 Yellow River at Plymouth NOAA
The Yellow River is experiencing extreme rises as well. In Plymouth, the river is expected to reach the historical high of 17.1' by Thursday afternoon. The river has only exceeded 17 feet once before in 1954. When the river reaches levels this high, extensive flooding is seen along the Yellow River in low-lying areas, parks, some streets, and in some businesses. 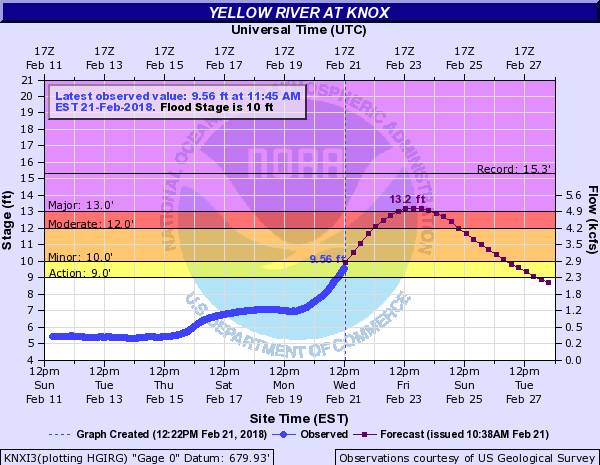 Yellow River at Knox NOAA
As you head from Plymouth to Knox, the Yellow River remains very high. In Knox, it is expected to crest at 13.2' by Friday afternoon, which is considered Major Flood Stage. A record crest is not currently in the forecast, but extensive flooding around the river basin is ongoing and will continue through Friday. 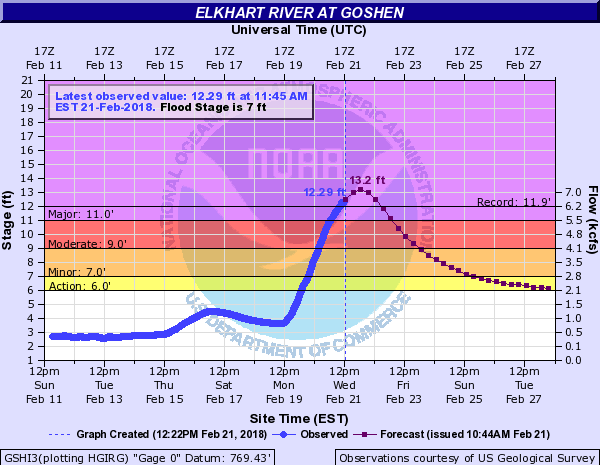 Elkart River at Goshen NOAA
The Elkhart River in Goshen has already exceeded the previous historic level of 11.9'. By early Thursday morning, the river is expected to crest at 13.2'. The State of Emergency for the city is still in effect. The river is not expected to drop to completely safe levels until the middle of next week.

As the rain that fell Monday and Tuesday continues to filter into area streams, creeks and rivers, most of the rivers are likely going to remain in Major Flood Stage for several days. Here are the expected times:

5. Yellow River at Knox: Major Flood Stage on Friday; Clear of all flooding concerns by next Tuesday.