If it seems like 2019 has been quite active in the severe weather and tornado department, you are on to something. The United States is way above normal regarding the number of tornadoes this year. That includes Indiana and neighboring Ohio. Michigan, on the other hand, is having a remarkably quiet year.

A large and violent tornado straddled the Fulton County-Miami County line Monday evening. This was taken between #Akron and #Macy. #INwx#Tornado

May was especially active. Patrick Marsh, the Warning Coordination Meteorologist at the Storm Prediction Center, tells ABC 57 News that the 556 tornado reports during May were "The most number of tornado reports we have seen [ever] in the month of May." He went on to say, "I think we had something like 800 tornado reports in April of 2011, but this [May of 2019] is second all-time to that month." 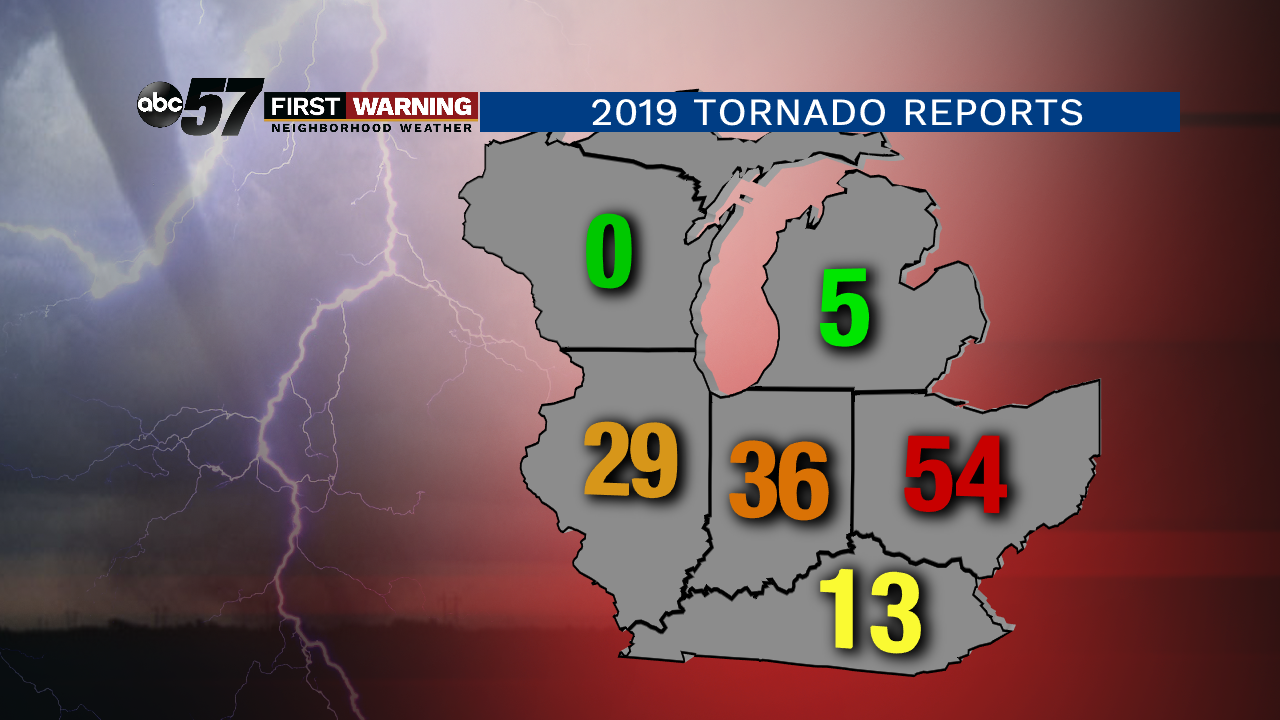 Tornado reports in 2019. NOAA
May was active for many states, including both Indiana and Ohio. When factoring in the tornado reports for May with the rest of the year thru June 19th, Indiana has recorded 36. Ohio's 2019 tornado total is even more staggering. The Buckeye State has recorded 54 tornadoes. 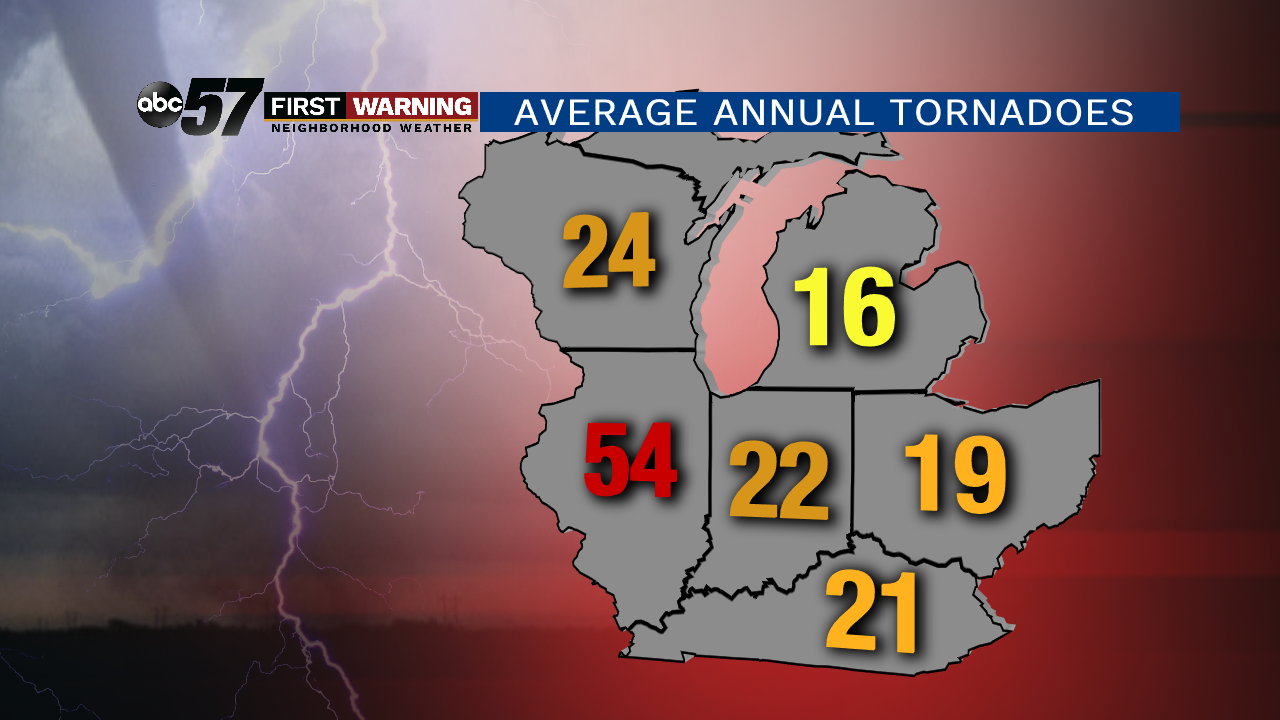 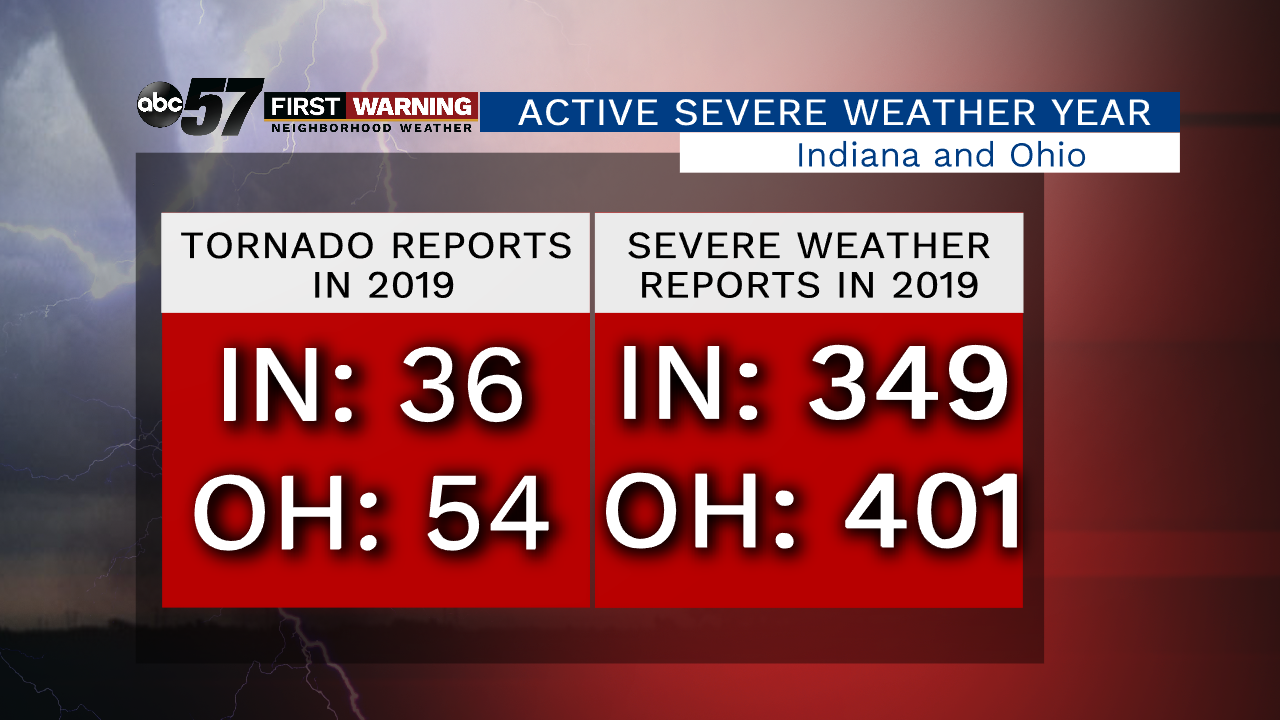 Indiana and Ohio tornado numbers. NOAA
Not all of the tornado reports came in May, but many of them did. The last two weeks of the month were historical. When asked about that 2-week stretch, Marsh said, "It was unusual for the entire country to have this kind of an active stretch. It's usually about a once every 20 years where we have a two-week extremely busy period like we just went through."

Included in that 2-week period were the Memorial Day tornadoes that ravaged parts of Indiana and Ohio. Among them were the monstrous EF3 tornado that struck Fulton and Miami Counties, as well as the intense EF4 tornado that hit the Dayton, Ohio, region. In total, a whopping 43 tornado reports came in that day just from Indiana and Ohio! 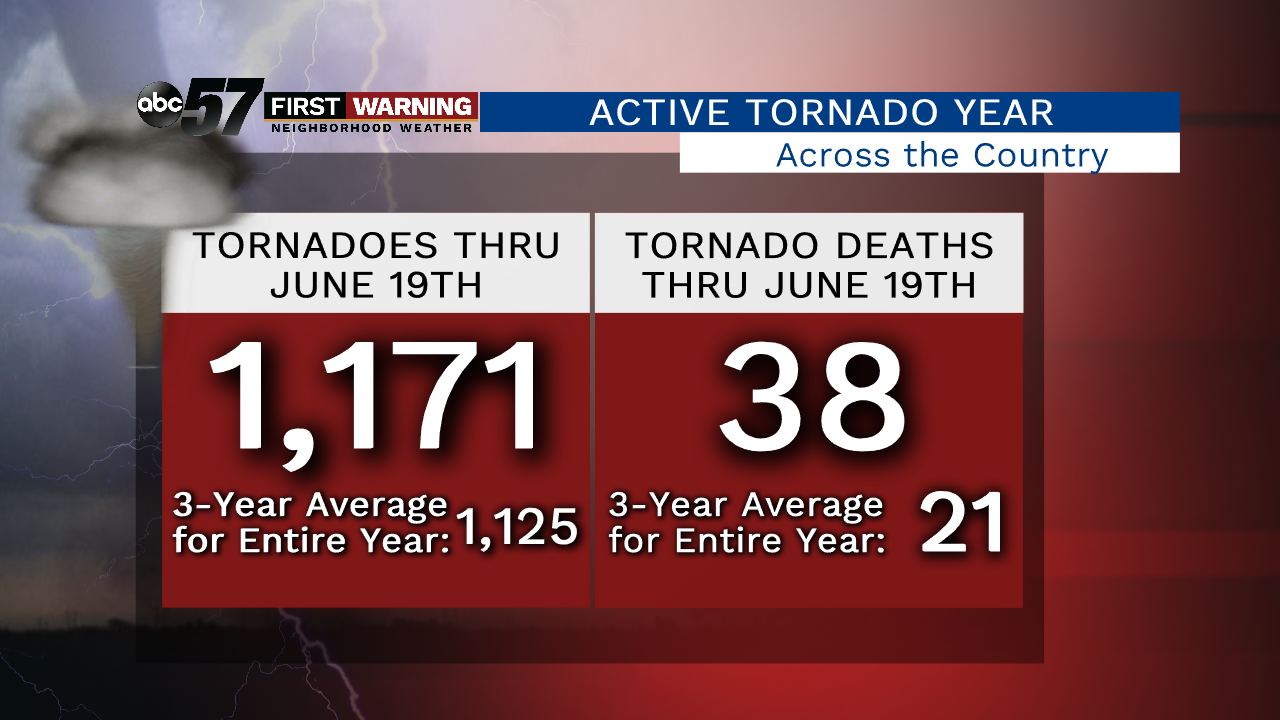 Tornado and tornado fatality counts are up in 2019. NOAA
Again, it wasn't just the second half of May that was overly active. Thru June 19th, the United States has seen more tornadoes (1,171) than we typically see in an entire year (1,125). Furthermore, there have been 38 deaths from tornadoes nationwide thru June 19th. The average number of tornado deaths in all of 2016, 2017 and 2018 was 21.

June has been active, but not as active as May. Looking ahead, though, Marsh says the pattern for the remainder of June and into July is "A pattern not all that dissimilar to what we just saw in May."

He warns that it doesn't necessarily mean we'll see extreme numbers of tornadoes, however, "The chances for thunderstorms will probably stick around. And we'll see these big complexes of thunderstorms that continue to produce a lot of rain and have the potential for strong, damaging winds."