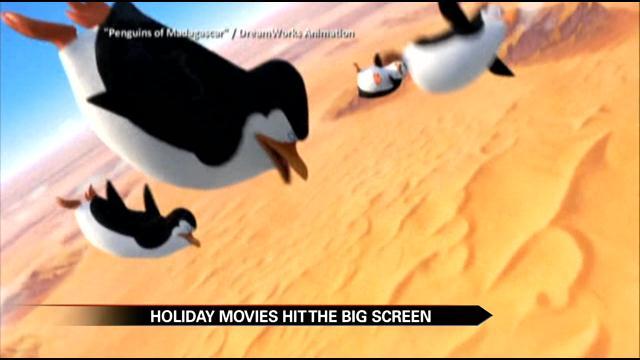 For some, Thanksgiving traditions include turkey, mashed potatoes, and stuffing while for others, the tradition includes popcorn and a movie.

Several movies were released Thursday and plenty more are expected before Christmas.

One movie that has been a big hit at the box office is the third installment of the Hunger Games trilogy, “Mockingjay Part One.”

Other movies released in time for Thanksgiving including “The Penguins of Madagascar” and “Horrible Bosses 2,” both trying to knock Mockingjay off the top spot.

“Are we up against them? It's young adult fiction, right? We're looking for a tight second,” jokes “Horrible Bosses 2” star Jason Bateman.

Come December, movies like the final film in “The Hobbit” series, the third ”Night at the Museum” will be released along with the remake of “Annie.”