Hollywood is coming to Benton Harbor 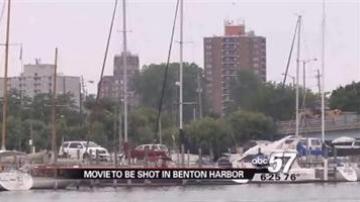 The Michigan Film Office announced plans this week for the movie “A Dot Com Affair.”

The film tells the story of a couple’s financial rise and fall.

It is set in Benton Harbor, but crews are expected to shoot all over Berrien County.

As an incentive to shoot in Michigan, the filmmakers received more than $493,000.

No word yet on when filming will begin.