Hollywood's biggest night of the year comes to an end 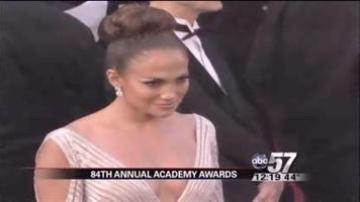 LOS ANGELES, Calif. -- Hollywood's biggest night of the year has finally come to an end.

It was a star-studded night at the 84th Annual Academy Awards.

In case you missed it, we’ve got your covered on who won some of the biggest awards of the night.

And the Oscar goes to Octavia Spencer. She won best supporting actress for “The Help”.

The Oscar for Best Supporting Actor went to Christopher Plummer for "Beginners".

Best actor went to Jean Dujardin for "The Artist".

While Meryl Streep walked away with the Academy Award for Best Actress for her role in "The Iron Lady".