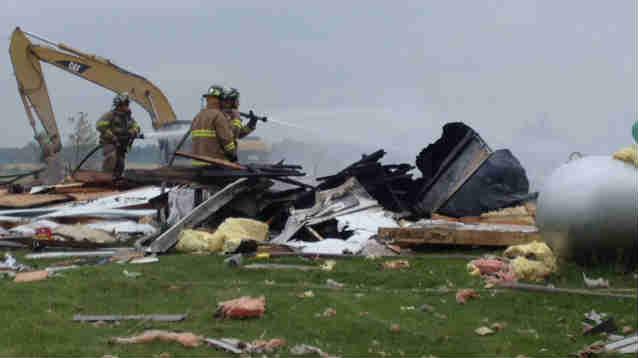 The Pulaski County Sheriff's Office says they received a 911 call advising them a house had exploded and was on fire shortly after 7:00 a.m. Saturday morning.

The Medaryville Assistant Police Chief arrived on the scene, located in the 2500 block of North 1600 West in Medaryville, where neighbors told her someone was in the home.

It took several hours for the Medaryville Fire Department to put the flames out.

Police then conducted a search of the area with a cadaver dog, at which time the body of a female was found.

The woman has been identified as 53-year-old Nancy A. Jendrasziewicz, the owner of the home.

According to the Pulaski County Coroner's Office, the autopsy showed Jendrasziewicz died of smoke inhalation.

The Indiana State Fire Marshal's Office is now investigating the cause of the explosion, but a propane leak is suspected to be the cause.

Assistant Chief Gaillard found a family cat alive on the scene which was turned over to Pulaski County Animal Control for care.